Today we’re announcing the launch of full messaging features in Circle’s apps and higher deposit limits for customers, forthcoming support for sending and receiving money between Circle and The Philippines and Korea, and the introduction of CENTRE (the project formerly known as Spark is now known as CENTRE), a new blockchain-based protocol to facilitate trusted, compliant money transfers between participating individuals and institutions over the Bitcoin network. As part of this launch, we are also eliminating the ability for customers to buy and sell bitcoin directly on Circle, and introducing a new preferred bitcoin exchange partnership with Coinbase.

We’ve rolled out new messaging capabilities to all Circle customers across all of our apps on Web, iOS and Android. We’ve long argued that social payments are best experienced in the context of the conversations and interactions we have with friends, colleagues, family members and individual sellers. Messaging provides context for a payment, whether that be with a funny image, a photo of a meal shared, a moment from a night out, or a picture of the product someone is selling.

The Circle Pay apps are now organized around people instead of solely by transactions. All payments to and from an individual exist in an ongoing conversation with that person, similar to popular messaging apps such as WeChat, Messenger and WhatsApp. This mirrors our support for Circle social payments natively inside of Apple iMessage on iOS 10.

Give our money messaging experience a try; it’s a significant improvement in the p2p payment experience.

When we founded Circle, we had a vision and belief that it was finally becoming possible for money to work the way the internet works. A big part of that was a long-term bet on blockchain and digital currency technology, which we thought held the potential to provide the missing layer of protocols needed for open value exchange.

We have never been focused on convincing consumers to replace their familiar native currencies with bitcoin, but instead wanted to bring the benefits of public blockchains and digital assets to consumers without requiring them to know the technical details. We made progress on that over the past year as we launched our social payment app in the US, UK, and parts of Europe, enabling direct payments across currencies, and also allowing people to send local currency to other digital wallets over the Bitcoin blockchain. This ‘hybrid digital money’ model has been in our sights for a long time.

We’re taking another major step forward today with the introduction of CENTRE, a set of protocol additions that provides a way for digital wallets to exchange value using blockchains, including Bitcoin, as settlement layers. There are many use cases for the technology, but the initial focus is on connecting digital wallets around the world while ensuring that full KYC/AML and compliance requirements can be met, and presenting a seamless experience that reflects local currency exchange rates and conversion rule contracts.

We plan to release CENTRE as an open source project that anyone in the world can use and implement, and intend to work closely with similarly-minded ecosystem participants to advance the technology and integrate it with additional public and private blockchains.

The first implementation of CENTRE comes via two new markets and currencies: We’re excited to announce partnerships with Korea’s Korbit and the Philippines’ Coins.ph. These two early market leaders in digital currency technology will connect to Circle through partnership and implementation of the CENTRE APIs. 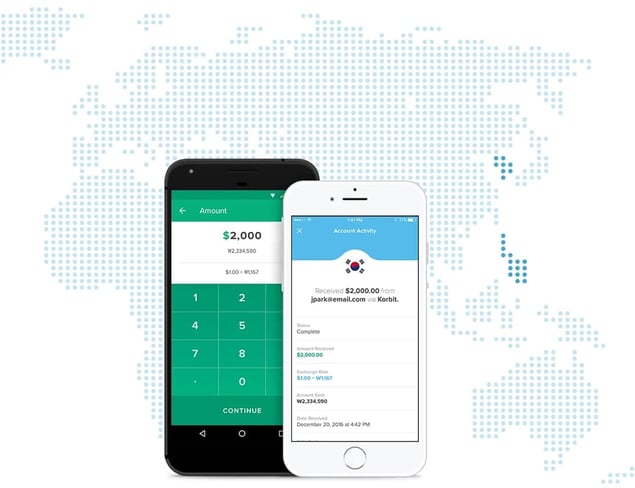 This will allow Circle customers in the US, UK and Europe to send and receive value with customers in Korea and The Philippines seamlessly, with the speed, security and cost efficiency of distributed ledgers, but with a pure fiat-to-fiat consumer experience, and one that is compliant with international standards for KYC & AML. For customers using Circle, Korbit, or Coins, this makes sending international payments as easy as sending a message to a phone number or email address.

With the introduction of these new features, Circle is now more than ever not a consumer bitcoin exchange, and we will continue to focus resources on global social payments and future next-generation blockchain technology rather than devoting those resources to supporting the buying and selling of bitcoins directly.

Circle customers who currently hold bitcoin instead of US dollars, pound sterling, or euros may convert instantly to any of those currencies (depending upon availability in the customer’s area). Customers who previously bought and sold bitcoin in the Circle apps may still sell, if they choose, by converting their bitcoin to dollars, euros, or sterling and then withdrawing the balance to their linked card or bank account. Once converted, the account will remain in dollars, euros, or sterling.

Consumers who seek to buy and sell bitcoin in the future may now leverage our new preferred partnership with Coinbase. Customers may still send their bitcoin to any wallet or exchange of their choosing, but Coinbase is our recommended consumer bitcoin exchange.

Our continued use of bitcoin as a settlement token and network behind the scenes means that Circle will continue to be a leading participant in the digital currency markets and ecosystem, with our focus on getting more digital wallets to adopt public blockchains as open transaction settlement networks.

Over the past three years, Circle's treasury operation has evolved into a major liquidity provider and trading counterparty in both the exchange-traded and OTC digital currency markets. We will continue to promote the growth and maturation of such markets as we empower consumers to use digital assets and public blockchains seamlessly as payment rails and not merely as speculative trading instruments.

More info on CENTRE will be forthcoming. Meanwhile these new partnerships, additions and changes are effective immediately.