Online gaming is a booming industry. Millions of gamers worldwide battle it out in virtual worlds - from Fortnite to Minecraft and Counter-Strike to League of Legends - to win tournaments, level up their avatars, or beat the high score. But what has been missing in online gaming is a universal in-game currency that can be spent across games as well as outside of the gaming ecosystem. That’s where global stablecoins come into play. 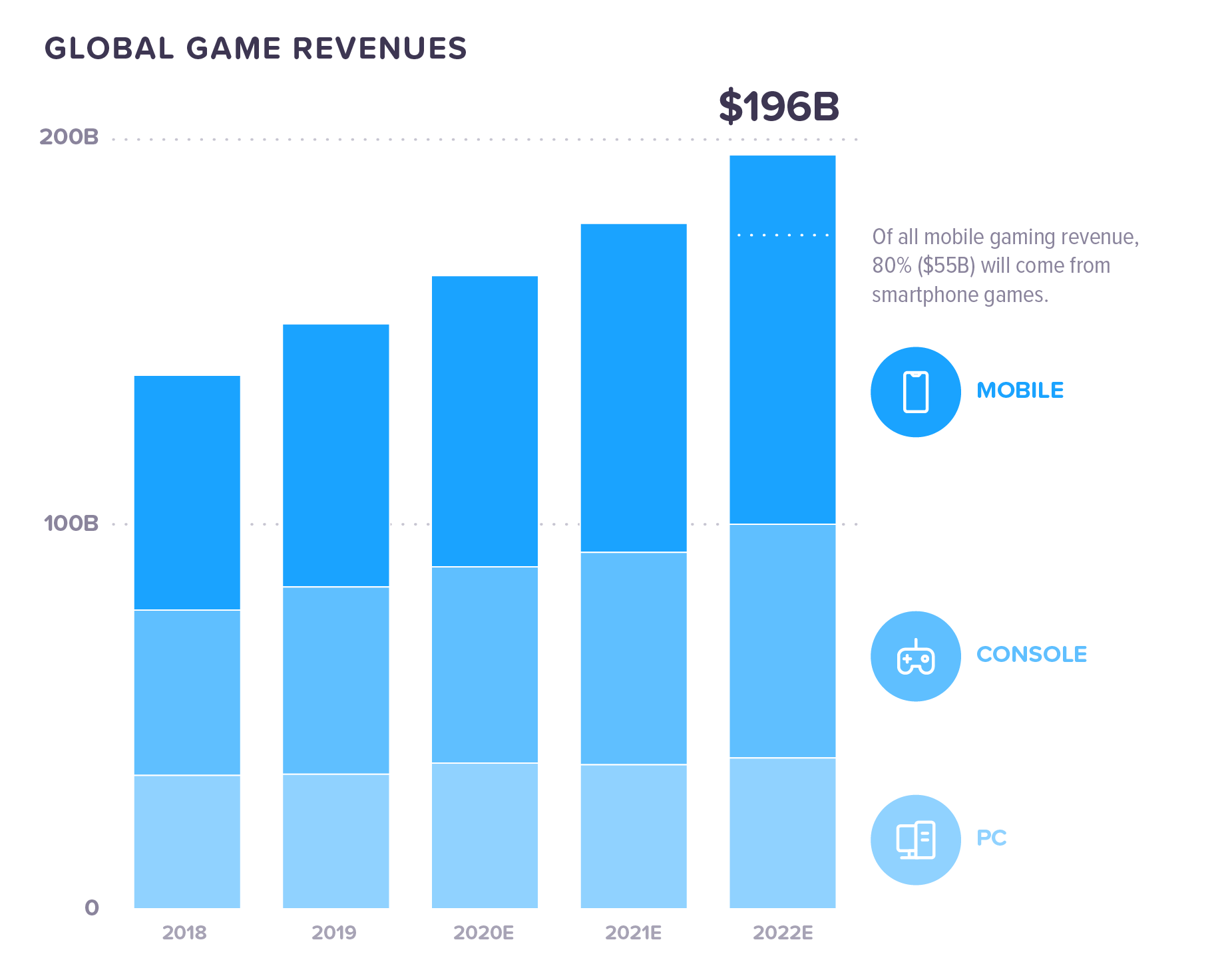 From the early days of simple online games when the Internet became readily available in the 1990s to today’s arenas filled with professional eSports athletes competing in high stakes tournaments, online gaming has come a long way.

Blockchain games only make up a tiny piece of the overall online gaming pie today. However, it is a gaming segment that is poised to grow in the coming years.

Blockchain Gaming: The Next Generation of Online Games

Online gaming is one of the most touted blockchain use cases. The ability for players to wholly own in-game items -  thanks to the creation of non-fungible tokens (NFTs) - is an innovation that did not exist previously. Moreover, the blockchain brings an unprecedented level of transparency and decentralization to the online gaming sphere, to the benefit of the gamer.

As a result, gaming DApps are among the most popular decentralization applications in the market today.

On the EOS and Tron blockchains, blockchain games amount to 17% and 14% of active DApps, respectively, which is a testament to the growing demand for decentralized gaming experiences.

Why Is the Demand for Gaming DApp on the Rise?

According to a report by Dapp.com, the number of blockchain gamers has almost tripled from 2018 to 2019, increasing from 166,370 to 436,700 globally. The reason for the jump in demand can be attributed to:

As discussed earlier, the online gaming sector has been growing at a staggering rate, with almost a third of the global population playing digital games on a regular basis. Of course, this also spills over to blockchain gaming. Gamers are often at the forefront of technological innovation, and with blockchain games being an innovation in the gaming industry, many gamers are curious about what these new types of gaming experiences have to offer.

The ability to have cryptographically verifiable ownership of in-game items is arguably one of the biggest drivers for gaming DApp adoption. Traditionally, the in-game economy surrounding skins has been opaque and little has been known about the supply of specific in-game items. Moreover, legacy games are centralized and do not provide players with actual ownership of in-game assets. Blockchain technology and non-fungible tokens have changed the game in this respect.

The increased transparency of blockchain games is another contributor to the growth of this gaming sub-sector. The transfer of in-game items, as well as payments, can be transparently viewed on a public ledger, providing unprecedented transparency in gaming.

Finally, the ability to earn decentralized payouts is another factor that has driven gamers towards blockchain games. Crypto collectible games, where players can buy and sell virtual times, enable gamers to potentially earn an income from their gaming activities. Naturally, this is a highly appealing feature in today’s gaming world.

To dive deeper into the disruptive nature of blockchain technology in gaming, let’s look at the most notable blockchain game in the market.

The easiest, free way for global businesses to realize the power of USDC.
GET STARTED

How Stablecoins Will Disrupt Online Gaming

The blockchain’s features of decentralization, individual asset ownership, unique digital items, and transparency are disrupting the gaming industry and changing the way players interact with in-game ecosystems. What has been missing, however, is a trusted, in-game currency that can be used cross-platform as well as outside of a game’s infrastructure, in digital dollars.

That is where digital dollar stablecoins like USDC can come into play.

Online gaming can benefit from stablecoins in four significant ways:

In-game currency is typically not worth anything outside the game in which it serves its purpose. Each gamer has to manage multiple different in-game tokens in the various games they play. Next to none of them, however, can be used to make real-world purchases as there are no native ways to monetize in game currency. While some players may sell in-game currency or items on platforms such as eBay, there is no simple and easy way for gamers to monetize their virtual cash. Stablecoin integration would alleviate this issue and enable seamless monetization of in-game currency.

For game producers, blockchain technology and stablecoins enhance existing revenue models. In an industry that is denominated by large game developers and publishers, improving revenue opportunities are a welcome sight for starting and smaller companies that are looking to compete with triple-A game producers.

Example of enhanced revenue opportunities include:

In the last five years, several “gaming coins” emerged to address the challenges of the legacy in-game token ecosystem. However, none of them have succeeded, which can be attributed to slow adoption, high price volatility, and a lack of interoperability.

Digital dollar stablecoin - like USDC - are better equipped to meet the needs of game developers, from global game manufacturers and to blockchain gaming ventures.

The combination of decentralization, transparency, price stability, and the global recognition of the US dollar as a currency, makes stablecoins ideally positioned to become the go-to in-game currencies in the future of online gaming.

USD Coin (USDC) is a fully reserved digital dollar stablecoin that is issued by regulated financial institutions and redeemable 1:1 for US dollars.

The market-leading stablecoin was launched in September 2018 to provide a trustworthy and transparent global stablecoin that enables anyone in the world to store, send, and receive digital dollars via on-chain payments.

USDC’s key features as in-game currency and a payment rail include:

USDC is a powerful payments solution for game developers who want to integrate in-game payment rails to enable players to buy and sell in-game items.

USDC is a price-stable and transparent digital dollar stablecoins that is fully backed by reserved assets held in by regulated financial institutions that are attested by leading accounting firm, Grant Thornton LLP monthly.

Additionally, USDC currently supports the Ethereum blockchain, which is the leading network for blockchain gaming. Finally, in combination with Circle’s suite of platform services, game developers can leverage USDC to seamlessly integrate stablecoin payments infrastructure into their games’ ecosystems to enable a broad range of programmatic payments, payouts, and wallet balances for gamers.

The suite of Circle products allows game developers to implement an entire dollar-denominated, in-game payments infrastructure that can be used across games as well as outside of the gaming sphere. 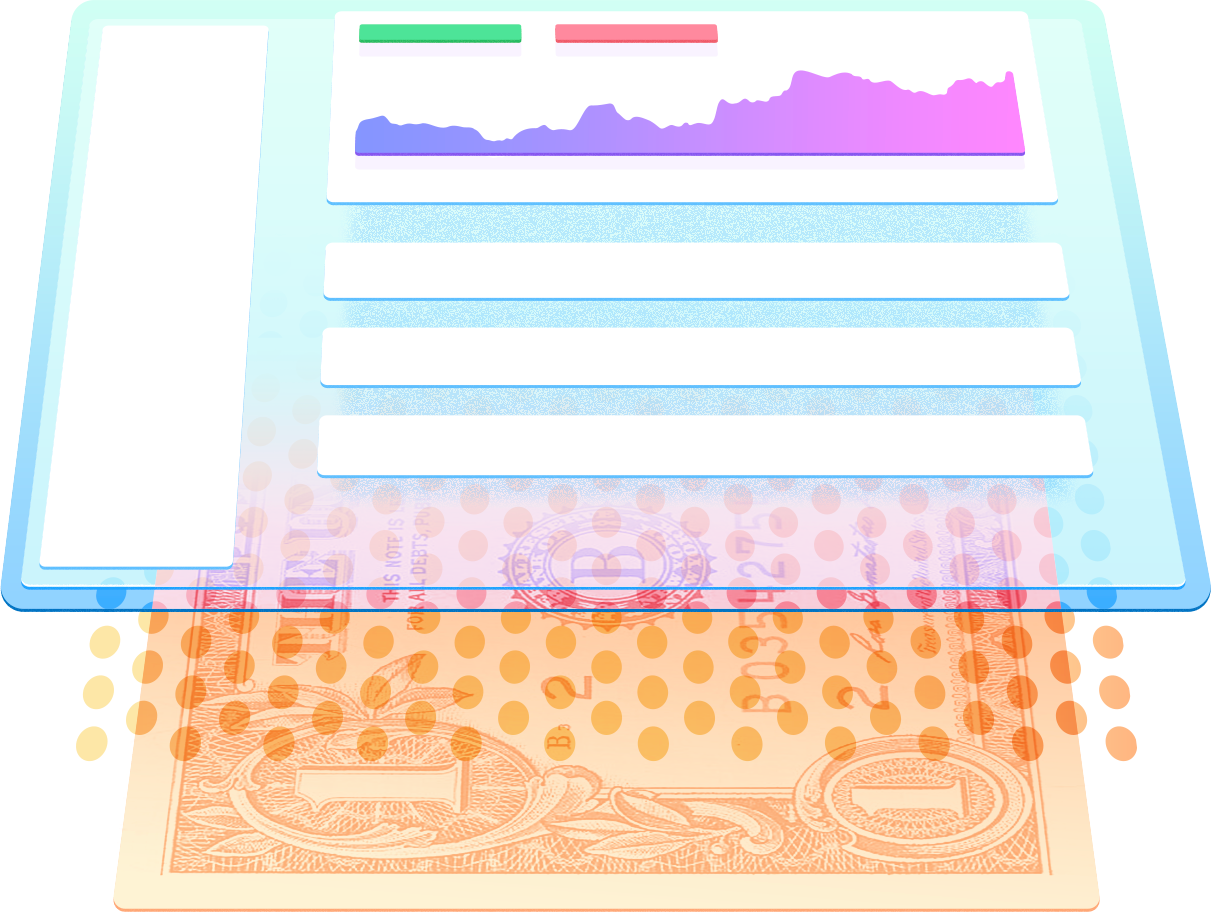 The Circle Account enables account holders to accept 80+ global currencies and convert them into USDC to securely store, make, and receive on-chain digital dollar stablecoin payments. Game developers can use a Circle Account to manage their tokenized US dollars and seamlessly pay third-parties.

Accounts allows game developers to easily integrate digital stablecoin wallets into their game, which alleviates the need to build an in-game payments infrastructure from scratch or to build traditional banking relationships. Additionally, it enables the seamless transfer of funds to the game’s players as well as third parties.

While still nascent, total transaction value increased 651% to more than $1.1 million per day in March of 2021., according to DappRadar’s latest report.
Some of the most popular blockchain games are CryptoKitties, Axie Infinity, Alien Worlds, Upland, Splinterlands, and Aavegtochi.
To integrate USDC into your blockchain game, open a Circle account, or talk to our sales team or can read through our API documentation.