The Role of Dollar Digital Currencies in International Payments

The Role of Dollar Digital Currencies in International Payments

Over the past few years, dollar digital currencies have emerged as one of the most interesting assets in cryptocurrency trading. As the technology evolved, it became evident that stablecoins are in fact a financial tool for users all around the world.

The opportunity presented by stablecoin technologies is so profound that financial institutions and regulators across the globe continue to monitor, research and report on the viability and integrity of stablecoins, such as USDC, in the realm of international payments.

The total number of USDC in circulation has continued to grow. At the beginning of 2021, there were just over $4 billion USDC in circulation. By August 2021, that total has expanded to more than $27 billion, with more than $850 billion in value transfer facilitated by USDC since launching in September 2018. 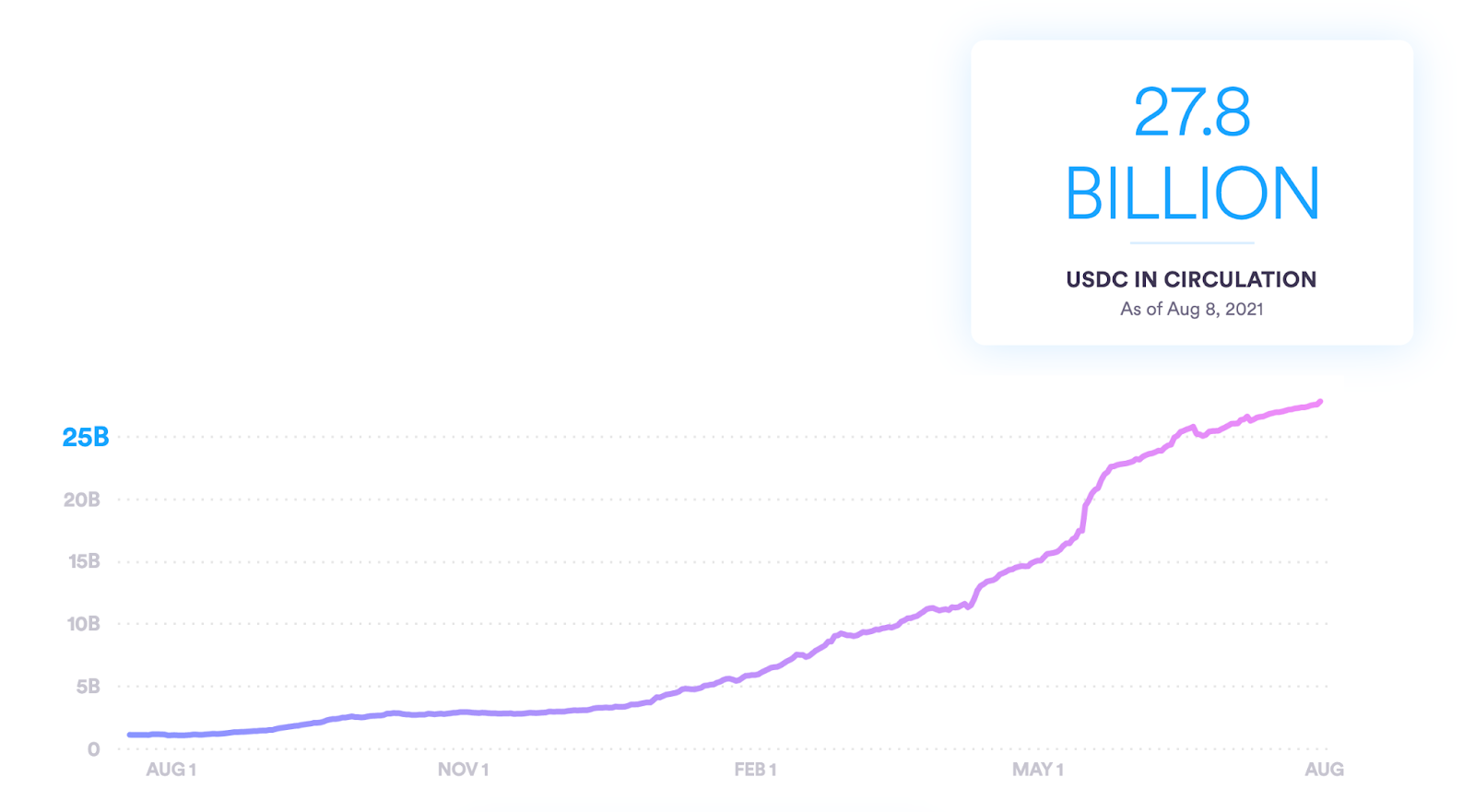 Nearly any mobile and computer device with an internet connection can be used for blockchain and stablecoin transactions. As a result, individuals and businesses around the world have access to a suite of crypto/financial tools as a result of this technology.

With globalization and the internet acting as catalysts for the evolution of international payments, dollar digital currencies are finding themselves as practical assets in a world that relies on traditional slower and costly cross-border money transfer systems.

There has been an explosion in stablecoin adoption as a means of storing value and making international payments. Venezuela, for example, is a nation that was steeped in a hyperinflation crisis before Covid-19 hit, and now firms, such as Circle, are being called in to bring stablecoin infrastructure to those in need.

USDC and Circle are working to provide Venezuela’s medical services the funds and wages they require. Here, USDC will be distributed to medical workers and establishments.

As noted by Jeremy Allaire in The Money Movement:

“I think one of the big themes that we hear and that we see is that people and businesses in many countries around the world found it difficult to transact in dollars globally. You know, in some markets and with increasing intensity, there are really profound economic and monetary challenges. And these are driving more and more people into digital currency around the world.”

Never before has there been more demand for fast, inexpensive, and globally interoperable payments, and this is where dollar digital currencies shine.

Sebastian Serrano, CEO and founder of Argentinian cryptocurrency exchange Ripio, noted that Latin America has a long history with the US dollar as it has provided a store of wealth throughout numerous economic troubles.

“We are living in 2020, in the age of the Internet. Everybody has a cell phone, 90 percent of the population have access to the Internet. And there is a big distrust in banks and really a big opportunity to give access to financial services and give financial inclusion,“ he explained on The Money Movement.

The U.S dollar is the most popular currency in the world. At the end of 2019, the International Monetary Fund (IMF) found that it makes up over 60% of known central bank reserves, and in 2020, it was observed to dominate forex trading markets.

The problem here, however, is that a vast majority of people can’t set up a US bank account or even use the dollar for general purposes outside of the United States.

In their examination of stablecoins, the Bank of England wrote:

“New technologies such as stablecoins – privately-issued digital currencies – could transform the way people store and exchange their money, making payments cheaper and faster.”

For businesses, e-commerce has become the norm for almost every industry on Earth, and with the advent of payment service providers such as PayPal, businesses have sought more efficient and sustainable ways to trade money across borders. The cost of sending money around the world is still considerably expensive, even among globally established payment firms.

But with the power of the internet and blockchain technology, ultra-fast and low-cost international payments can be made with relative ease, without intermediaries and banks scooping significant fees from every transaction.

Through Circle, USDC can be sent to nearly anyone, anywhere in the world almost instantly, even if they don’t have their own Circle Account and vice versa. For transmitting value at little to no cost without the worry of having to convert currencies or be subject to an intermediary fee, stablecoins are amazing financial tools in the 21st century.

A few years ago, the idea that dollar digital currencies could replace cold hard cash would have been a far-fetched notion. With the introduction of Bitcoin, it became apparent that a virtual asset can indeed have intrinsic value, even if it isn’t backed by cash.

Stablecoins were initially the go-to cryptocurrency for traders as they were readily available on exchanges, making it easy to switch from a volatile asset to one that will retain that value. Now, it’s becoming increasingly evident that stablecoins can play a role outside of the crypto capital markets.

Circle provides the tools for everyday stablecoin use, helping move money more quickly and easily to raise prosperity around the globe.