Intro to crypto, and The Internet of Value

Intro to crypto, and The Internet of Value

This is part 1 of an introductory series, written to explain some of the high level concepts within the world of cryptoassets and blockchain technology. 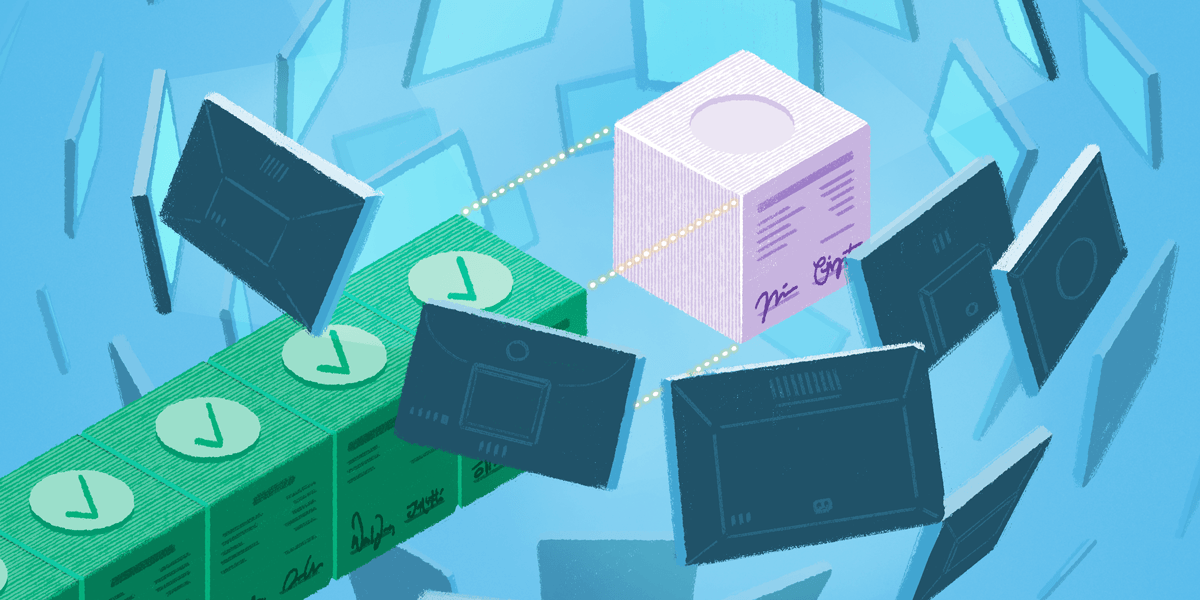 Cryptoassets promise to do for trade and finance, what the internet did for communication.

Powered by a revolutionary innovation called blockchain technology, cryptoassets are in the process of transforming the global economy for the better by building a new kind of internet. An internet where value can be freely and securely exchanged with anyone, anywhere in the world, at any time. An internet that’s collectively owned by its users, free from the control of any single government or corporation.

To gain a better understanding of what The Internet of Value is all about, it’s best to start with the world’s first cryptoasset - Bitcoin.

Cryptoassets were born out of the idea that money should be free from the governments and powerful institutions that have historically controlled it.

In 2008, an anonymous person (or group) using the name Satoshi Nakamoto published an 8 page white paper to an internet forum that laid out the framework for a new type of internet currency. The paper was published in the wake of a global financial crisis, when trust in our financial institutions was at an all-time low.

Nakamoto’s goal was to create a currency that operated completely outside of the traditional financial system. To keep the currency secure, Nakamoto came up with a clever new way to incentivize people all over the world to use their computers to run software that would enable his new currency to work.

Nakamoto’s currency was called bitcoin, and the system that kept it running came to be known as a blockchain. In the years since its release, Nakamoto vanished, never to be heard from again.

Bitcoin’s software is open sourced, which means anyone can contribute to it and help make it better. In Satoshi’s absence, thousands of passionate people all over the world helped build Bitcoin into a multi-billion dollar financial network - open to all, and owned by no one.

Nakamoto’s identity remains one of the great unsolved mysteries of modern times.

The Bitcoin system dictates that only 21 million bitcoin will ever be created. In the 10 years that it has been operational, no one has ever found a way to forge bitcoin or cheat the system by spending bitcoins that they didn’t own. This is the first time in history in which a scarce digital asset could be exchanged on the internet without the backing of a 3rd party like a bank.

The notion that we can now freely own and exchange purely digital assets over the internet is challenging the way we think about money and the global financial system as a whole.

How does it all work?

This is where blockchain technology comes in. While it involves some complicated computer science, at its core, it is a way to securely track the ownership of digital assets.

Blockchains have a few main ingredients working together:

Here’s how it works:

If Peter wants to pay Paul 1 bitcoin, he announces his intention to the entire network. Each computer then individually checks their ledger to confirm Peter has a sufficient balance to pay Paul. If the network agrees that Peter has enough funds to pay Paul, the payment is processed. At this point, every computer in the network updates their ledger. If Peter then tried to go and pay Jim the same bitcoin, the network would see that he had already sent it to Paul and deny the transaction.

Each ledger groups new transactions in “blocks” that are “chained” together in a way that makes altering past transactions impossible, hence the term “blockchain”. This is accomplished through the science of cryptography, which is where the name cryptoassets is derived.

So who’s running these computers that verify transactions on the network? People around the globe who have voluntarily downloaded the Bitcoin software. Why do they do it? Because they get paid in newly created bitcoin through a process called mining.

The brilliance of Nakamoto’s system lies in the fact that it doesn’t need any central entity to operate - it is a decentralized network. If a chunk of the computers in the network get taken down, it will continue to run smoothly, as it has for the last 10 years.

At the surface, Bitcoin sounds like an innovative new way to send payments over the internet outside the banking system. A deeper look reveals a revolutionary new way for humans to trust and collaborate with each other over a shared network - money is simply the first application.

Where the Bitcoin blockchain was built to keep track of bitcoin transactions, blockchain technology can be used to transact anything of value - title to property, data, company shareholdings and even ownership rights to art and music. This realization prompted the creation of over 1,600 cryptoassets, designed to facilitate a wide array of value exchange.

Blockchain based platforms like Ethereum allow for value to be programmed to do interesting things using applications called smart contracts. For example, title to a single rental property can be stored on the Ethereum blockchain. Using smart contracts, the owner could sell shares of the property to someone on the other side of the world. Someone in Mumbai could purchase 5% of an apartment building in New York and receive 5% of the rental income each month on an automated basis. This transaction is fueled by Ethereum’s native cryptoasset called ether. This example just scratches the surface of what the Internet of Value is capable of.

In the coming years, our global financial system will be rebuilt, creating a new era of peer-to-peer commerce. Entire industries will be disrupted and new businesses that weren’t previously possible will be created.

Cryptoassets and open blockchain networks will be the driving force of this new era.

The Internet of Value

Just as the internet changed our world by connecting us in unprecedented ways, so too will the Internet of Value. The opportunity to build a better and more financially inclusive planet by connecting everyone through a shared network of value exchange is monumental.

At Circle Invest, our goal is to provide you with a seamless way to stake your claim on The Internet of Value while you learn more about this exciting new technology.