Frank Chaparro of The Block recently sat down with several key players in the crypto capital markets industry for the "Dollar Stablecoins as Market Infrastructure: DEX, DeFi & the Future of Capital Markets" webinar.

Jeremy Allaire, Circle Co-founder and CEO; Robert Leshner, Founder of Compound; and Sam Bankman-Fried, Founder of Alameda and FTX shared their views on how crypto will impact financial services over the coming years.

Here’s what you missed!

USDC, currently the fastest-growing dollar stablecoin, has seen its market capitalization balloon from $4 billion to over $9 billion since the start of the year. Allaire explained that growth is being driven by users who prefer using digital capital rather than working within the legacy ACH system.

Leshner said the “attention-grabbing” rates across crypto in general exist because participants typically anticipate above average returns, driving up demand and in turn the cost of capital among crypto lenders. As a result, borrowing rates for stablecoins are generally much higher than in traditional financial markets. As DeFi, or decentralized finance, begins to scale, Leshner anticipates these rates will become less attractive over time.

While the birth of dollar stablecoins like USDC was an infrastructure improvement for crypto markets, they are gradually moving into other use cases as well.

“You’re upgrading dollars to have the properties of the internet,” Allaire explained.

Dollar stablecoins like USDC can be used for a host of digital payments.

While relying on public blockchains may be a new concept for many, Allaire believes that ultimately users will become comfortable with stablecoin transactions because they are already accustomed to business being conducted over the public internet infrastructure.

He cited the crypto treasury trend, where businesses allocate working capital to crypto assets, as a major theme to watch.

Leshner boosted Allaire’s assertion about the utility value of public blockchain infrastructure, pointing out that innovations in blockchain settlement offer advantages to the traditional financial system.

“The existing financial infrastructure is completely broken in 700 different ways. It’s just that everyone’s used to how it’s broken and how it’s duct taped together. It’s not that it’s better. It’s actually worse in almost every material and meaningful way,” Leshner said.

Allaire noted that as participants begin to understand that USDC is like digital cash and moves at the speed of the internet, “that’s pretty magical to people.”

“And then when they have to go into their bank portal, and have to get three phone calls, and have to sign documents, and do all of this stuff to complete a transaction. It’s like, what?”

Bankman-Fried also concurred that crypto settlement systems offer benefits over traditional finance. But despite inefficiencies, the existing system has the advantage of a large user base who are familiar with its structure.

“People are used to working around the issues with traditional finance. There are trillions of dollars of companies built to duct tape it, like credit card companies and everything. It looks like that only exists to paper over the fact that ACH transfers are garbage, so instead you need like eight intermediaries and 10% fees when you put it all together,” Bankman-Fried explained.

Most users are accustomed to getting by with the existing financial system and associated workarounds, and relatively few are comfortable working with crypto. This should change over time as more participants become familiar with digital assets, Bankman-Fried believes. 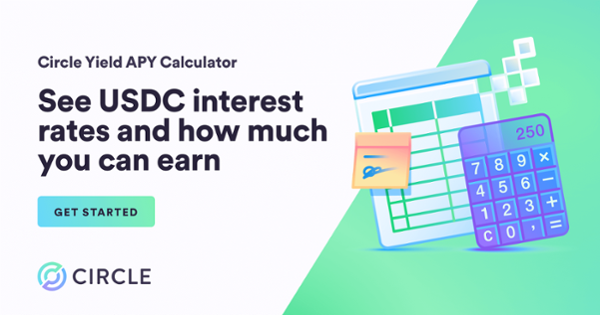 The Future of Capital Markets

Allaire cited the 24/7 runtime of crypto exchanges, which are basically 100% software on the internet, as an example of the efficiency of crypto infrastructure.

Every piece of collateral and all funds on these exchange platforms are digital assets, stored in systems that operate in fundamentally crypto-native ways. While there are occasionally enhancements to dollar balances in bank accounts, more and more capital markets are looking to stablecoins, according to Allaire.

“That continuously operating infrastructure can become incredibly deep long tail markets that support an incredible variety of things. That’s a new service level for what a capital market should be. Compare the service level of any capital market, any collateral system, anything that’s out there in the traditional financial system, and it doesn’t even come close.”

Because of the level of service offered by crypto exchange and settlement, Allaire believes these crypto-based offerings represent the future of capital markets, for both centralized and decentralized exchange infrastructure

Bankman-Fried commented that the uncertainty around the settlement cycle for stock purchases represents an awkward part of the traditional financial system, creating issues that impacted Robinhood during recent market volatility. This contrasts with the crypto system, where the focus is on removing things that make settlement awkward and inefficient.

“As we saw in 2008 in traditional finance, the risks get really, really hazy, because you have things that aren’t settling, and you have massive lines of credit everywhere, and because everyone’s running on omnibus trading accounts with dubiously competent people checking out their firm’s risks on behalf of people they don’t even report to. If something fails, it traces through to a lot of things.”

“If you look at how much leverage is allowed on a centralized venue versus something like Compound, it’s night and day. Because the traditional system is slower, and because it’s expensive to do transactions, and because you don’t understand how long it will take to rectify, it requires a larger buffer.”

USDC can be seen as a protocol and a type of money format, with an emphasis on digital dollars that work across platforms even as they change over time, Allaire explained.

Interoperability of USDC is a huge advantage. USDC acts as a hybrid asset, issued by a centralized institution but existing and operating on decentralized infrastructure. As a result, Circle can provide services that enable users to integrate an API to seamlessly swap, send and receive USDC across Ethereum, Algorand, Solana, Stellar, and more blockchains that integrate USDC in the future.

While these swap facilities are centralized, relying on Circle’s infrastructure for processing, Allaire also sees interesting decentralized cross-chain swap models emerging, such as Wormhole on Solana. A variety of infrastructure options are a great benefit for the growth of the sector.

Allaire explained that Circle is focused on building a new fundamental money infrastructure for the internet, making it useful for every mainstream financial, commerce, and commercial application.

The goal is to become the standard for bringing interoperability to how money moves around for every digital wallet in the world.

“We’re thinking about how do you upgrade from what we think of as M2 commercial bank money to a new form of money on the internet, and what are all the use cases for that? And that’s like a $100 trillion market.”

Want to learn more? Find out more about USDC and Circle Account.