Last week, Circle Co-founder and CEO Jeremy Allaire sat down with Kyle Whittemore of Coindesk to discuss banking in the age of crypto in the Consensus 2021 keynote address.

The past few years have seen nationalism on the rise in the US and around the world. But those impulses shouldn’t distract us from the economic and policy frameworks that have guided fintech innovation in the US for generations.

“In the United States and other parts of the world, there is this reversion to nationalism going on, and I think that’s partially in response to China, a really nationalist country. But we shouldn’t try to ‘out-China China’,” Allaire said.

“The United States should be embracing models of innovation that are based on fundamental principles that have made the western democratic and free market system flourish, including innovation on top of the internet over the last 30 years.”

Despite the track record of revolutionary innovation powered by western democracies, the US risks falling behind if policy does not soon align policy with advancing technology.

“It’s remarkable to me that in the United States there is no national digital banking-type charter. If you go to the UK, if you go to markets like Singapore and Hong Kong, and China, they all have digital banking charters,” he said.

“The US should be embracing fintech innovators, embracing this fundamental infrastructure for crypto economics that gets to the core of how the global financial  system operates, and embracing those as national treasures that should be supported and invested in.”

“The history of electronic money innovation in the world and in the West is one of private sector actors building open technology standards that are interoperable, coming up with consortium models like the international wire transfer system, or credit cards, or even Apple Pay.”

“What’s happening in the stablecoin space right now is extraordinary, and it’s not just stablecoins; public chain infrastructure and the possibilities from decentralized finance have an incredible velocity of innovation. That’s something the US government should be harnessing.”

It’s still not clear if the United States will seriously pursue a central bank digital currency (CBDC) program, but private entrepreneurs are already providing products and services that meet the needs of customers today.

“Research is great,” Allaire said, “but people are shipping code with thousands and thousands of companies across the world building on blockchain technology, and that energy should be tapped, invested in, and supported. The space race isn’t being won by NASA, it’s being won by incredible private companies with support of the federal government."

"The same goes for electric cars and artificial intelligence — the federal government is supporting these as strategically important industries, which is how the US government should be looking at crypto, blockchains, stablecoins, and crypto banking. This is the future of the global economic system, and we need to be supportive of it’s rapid commercial development.”

The good news is policymakers are increasingly tuned into the questions of blockchain technology in banking and in the broader economy. With sensible navigation and guidance, the US could quickly reclaim its position as a leader in financial technology.

“At a high level, there are some really positive things happening. As blockchain technology continues to advance, more and more policy makers, regulators, and career civil servants are much more engaged and educated, and the level of dialog around these topics is greater than it’s ever been,” Allaire noted.

“We’re also starting to see an understanding from a number of different areas of government that this is actually strategically important.”

“The bigger backdrop is that there’s an awareness that these strategically important technology sectors need significant public-private collaboration. I think there are a lot of extraordinarily bright people in the federal government who want to work with the private sector, the open source community, and academic communities to understand the potential for very dramatic and positive societal and economic outcomes.”

Ready or not, stablecoins and blockchain tech are impacting global finance and banking more and more every day. As developers and visionaries continue pushing forward, the US will have a rare opportunity to capture the myriad benefits these advancements will bring.

“I look at this in terms of the long arc of maturing technologies. Now you’ve got third generation blockchains that can deliver hundreds of thousands of transactions per second, with finality in milliseconds and incredible economics,” Allaire said.

“We’re seeing incredible growth in actual programmable money happening with DeFi, and you’re seeing so much incredible intellectual property generation happening at that infrastructure level. It’s all on track to be able to support billions of users in the next two or three years. It’s important to realize those platforms are maturing, those capabilities are maturing, and we’re really in the early stages of what entrepreneurs, developers, and creators are going to build on top of that foundation.”

Ready to embrace the blockchain-powered financial system of tomorrow? Get started with a Circle Account.

Alex Behrens Alex is an analyst and writer with experience at tech startups and Fortune 500 corporations. He's focused on cutting-edge technologies and has been in the blockchain community since 2014. June 4, 2021

Alex Behrens Alex is an analyst and writer with experience at tech startups and Fortune 500 corporations. He's focused on cutting-edge technologies and has been in the blockchain community since 2014. June 4, 2021 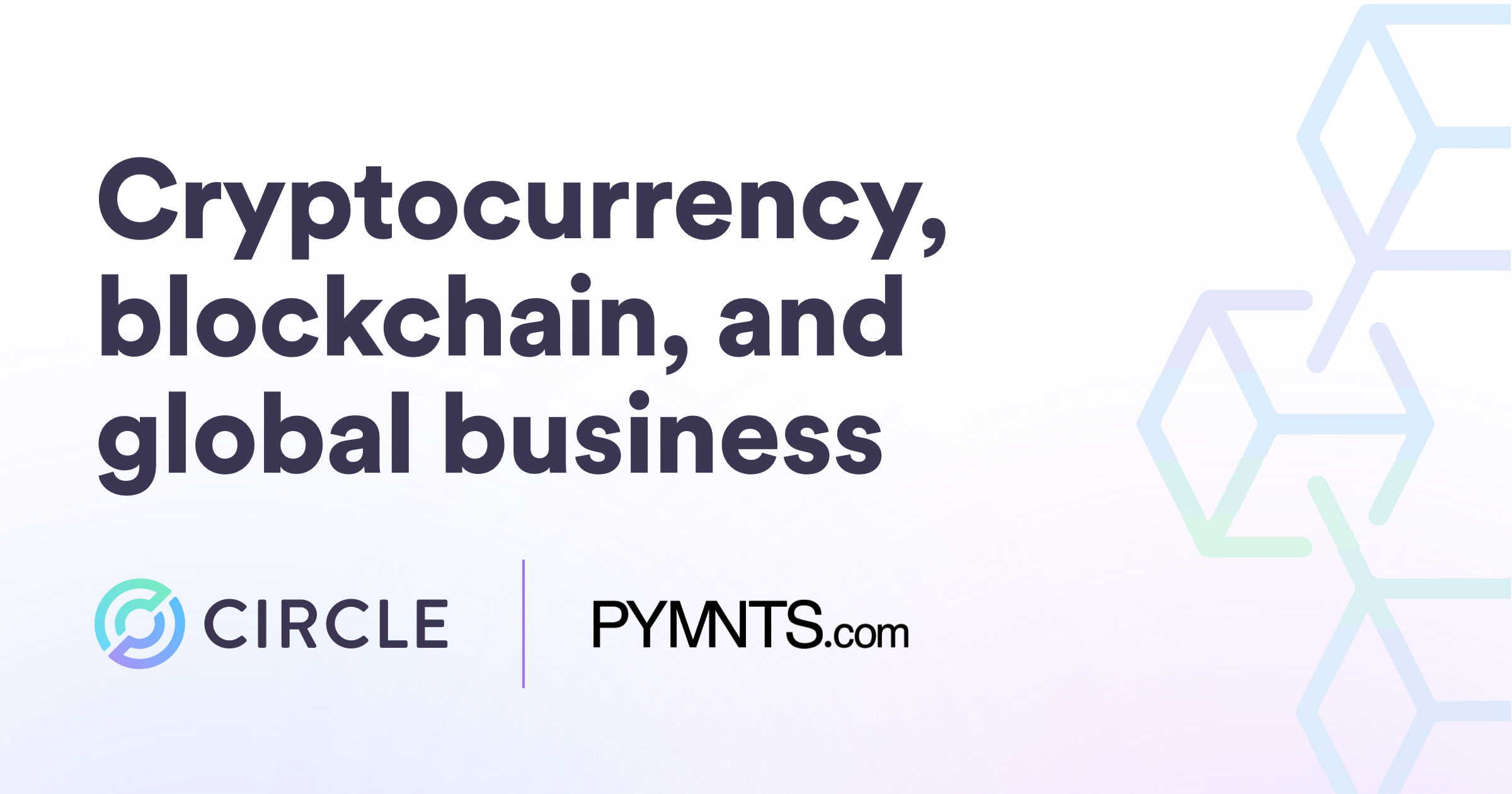 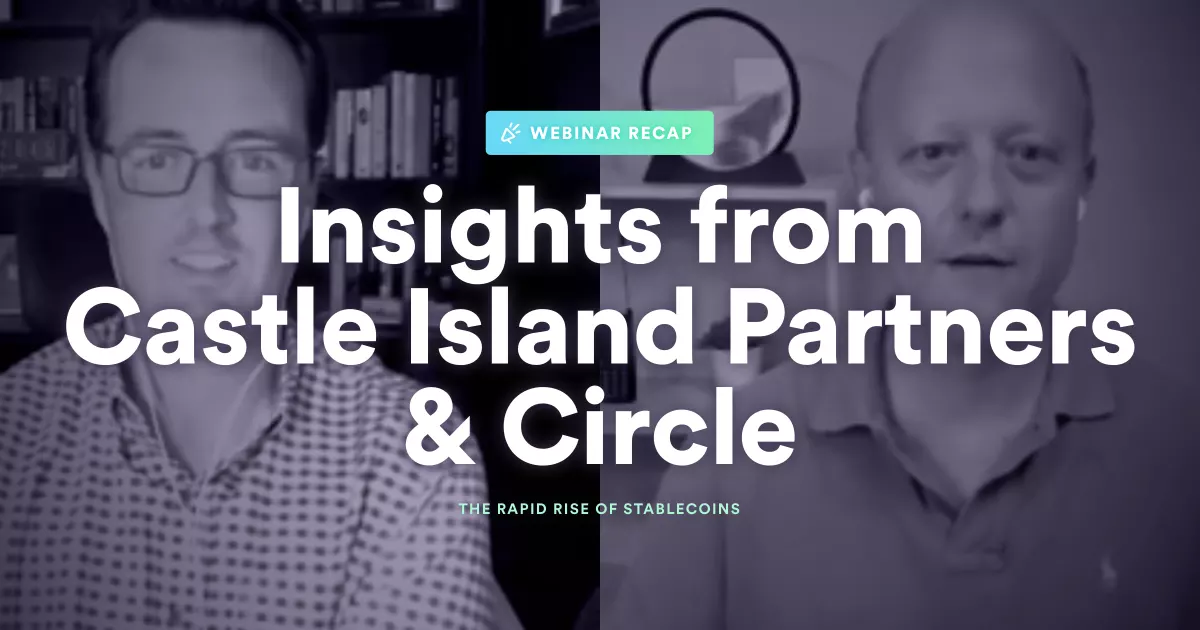 USDC and the Rapid Rise of Stablecoins: Insights from Jeremy Allaire

Get the latests insights from Circle Co-founder and CEO Jeremy Allaire on the rapid rise of stablecoins like USDC.

Read story about USDC and the Rapid Rise of Stablecoins: Insights from Jeremy Allaire 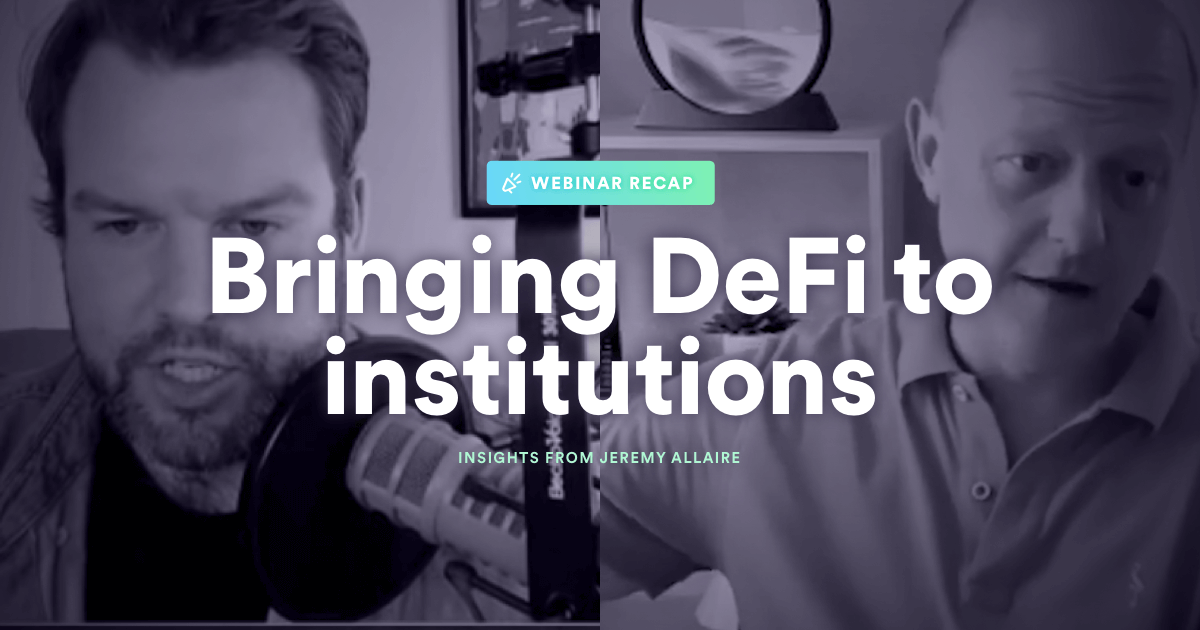 Learn what Circle Co-founder and CEO Jeremy Allaire sees next for the DeFi industry, and what it will take to bring DeFi to institutions around the world.