The recent draft proposal for a BitLicense for virtual currency operators from the New York Department of Financial Services (NYDFS) has elicited significant commentary and criticism from the digital currency and Bitcoin ecosystems. In addition to joining the industry in seeking an extension to the comment period as well as subsequent review and comments on future drafts, we (Circle) are also providing detailed written comments to the NYDFS, which we assume will also be made public. But formal legal comments are not the right format for sharing higher-level perspective and criticism, so both Sean Neville (Circle co-founder and CTO) and myself are offering up some additional, though less formal, thoughts on the BitLicense. See Sean’s post, "Hammering on the BitLicense."

The BitLicense represents the first material attempt at government rule-making around digital currency, and given the significant role that New York plays in defining rules for the financial industry, this is a historic and crucial milestone for the development of the Bitcoin industry globally. Regulators and lawmakers from around the United States and across the globe will scrutinize and possibly emulate the approach established in New York.

While those that oppose any and all regulation of digital currency operations might wish to ignore New York, the reality is that this will be studied and considered as a basis for other state and national policies. The stakes are high, and it’s extremely important that progressive minds engage with the issue and provide detailed and holistic criticism, suggestions, and improvements to what will ultimately become law in the near future.

Having met with New York financial regulators, leading regulators in other key states as well as major federal and European financial regulators (and having testified at New York hearings on the BitLicense), I can say without reservation that there is a uniform belief that Bitcoin can play an important role in the advancement of our payments and financial systems and that many of the underlying promises of Bitcoin—security, privacy, efficiency, global interoperability—are innovations that policy makers are eager to see pursued.

The high-level goal of establishing a license framework for a new class of digital currency-based money transmitters and money services businesses is reasonable. Having such a framework in place can materially open up commercial opportunities for companies by reducing the perceived risk and the regulatory uncertainty that currently hang over Bitcoin companies—enabling firms to find banking partners, insurance partners, auditors, and other business partners.

However, as it stands, the BitLicense is likely to have the opposite impact—radically limiting those who can participate in this industry, pushing firms offshore and into sometimes shadier jurisdictions. Furthermore, as currently written, it would be technically impossible to comply with the BitLicense proposal. Without some material changes, Circle will have no choice but to block New York customers from accessing our services.

Despite this, we remain cautiously optimistic that New York’s Superintendent will embrace industry discussion, extend the comment period, and evolve the BitLicense into a tool that actually fosters the rapid development of the digital currency ecosystem in New York and beyond.

In responding to the BitLicense, there are several key principles that I believe should be immutable, as they are at the foundation of the innovation that is Bitcoin and its future development both as store of value and as a platform for innovation in distributed systems, whether for financial or non-financial transactions.

Firms that act as exchangers of digital currency for fiat currency and that intermediate between the existing banking system and digital currency are reasonable targets for regulation, as already set forth by the US Treasury Dept. (FinCEN) and established Money Transmitter rules throughout the United States. But software companies, open source projects, and independent IP development should absolutely be exempt from regulatory oversight.

Like most of the critical infrastructure that we rely upon daily to run modern society over the Internet (email, the web, voice over Internet, software operating systems, etc.), Bitcoin is based on a belief in distributed and decentralized systems and built on open standards and open source references of those standards with a meritocratic system of development and free and unencumbered intellectual property. All of the foundations of the Internet are based on this model—a global public good. It’s critical that this be preserved as we move up the stack into finance.

It is often hard for people to understand that Bitcoin operates in many ways, much like the rest of the commercial Internet—a distributed and decentralized system based on open protocols that no government or corporation controls. And it’s that architecture and ethos that is critical to maintain for Bitcoin to fulfill its promise in transforming the financial system, much as other layers of software have transformed other industries.

2) Bitcoin’s role as a new digital bearer instrument must be preserved.

I’ve separately written about why Bitcoin is “good money” for the global digital age. One of the key aspects of Bitcoin’s long-term potential as a store of value is the fact that it is a bearer instrument—if you have it, you have it. Like other precious commodities (gold, diamonds, etc.) and other bearer instruments (fiat notes, stock certificates, traditional bearer bonds, etc.), the finality of ownership of the asset makes it highly attractive and valuable. Its finality offers its users personal liberty.

Attempting to taint Bitcoin (or any other digital currency) with identity will immediately crush key aspects of its inherent value. While financial intermediaries who act as custodians and exchangers of digital money will be subject to varying levels of record-keeping and customer identification procedures, it’s vital that the underlying innovation of digital bearer instruments such as Bitcoin remain completely unencumbered, else their value to society will diminish significantly.

This is especially the case with a global, open standards, open protocol approach to digital assets. A person in Mumbai or Istanbul or Tokyo will value this new digital asset if they know that it is a digital bearer instrument.

Given the highly dynamic, technology and startup driven ecosystem that stands behind digital currency, it’s vital that whatever regulatory regime emerges provides young companies the opportunity to gain their footing before they need to take on the full burden of compliance.

If the only companies that can play in this new field are those with large amounts of venture capital, this will both tilt the playing field and, more importantly, discourage innovation and iteration in the market, which almost always comes from new startups. A small, seed-funded startup with three principals and limited volume and velocity of transactions should be able to meet a minimal registration and reporting requirement, but should not need a multi-million dollar bonding, legal, and compliance investment.

While we (Circle) have many concerns and comments on different pieces of the BitLicense proposal, below is a quick summary of the top issues as I see them today.

Again, while it is understandable that a digital currency operator that acts as an intermediary, exchanger, and custodian of digital assets would be subject to money transmitter regulations, there is no defensible reason why software companies, including open source server software, downloadable desktop and mobile wallet software, mining pool software providers, online wallet software, or other open source digital currency projects should be subject to government oversight.

The BitLicense definition of Virtual Currency Business Activity appears to encompass all of these software categories. This alone would be a major blow to the development of the digital currency industry and is something that needs to be addressed and clarified.

We stand behind the rights of digital currency software innovators to build software products (free or commercial, open source or closed)—whether that be Bitcoin Core, Mycelium and Armory, Blockchain.info, BitGo, Counterparty, Ethereum, ClearingHouse, and the thousands of other software projects that are fueling the invention and innovation of our industry.

As currently written, the BitLicense imposes a range of requirements over key business decisions that will make it very difficult to build an agile, innovative product in the age of the Internet. Specifically, certain requirements in terms of changes in ‘control persons’ (10% owners) requiring state approval with a four month period would effectively mean that New York must approve every venture financing round in the lifecycle of a company. While perhaps applicable to licensed banks, such a stipulation does not exist in money transmitter law and should be removed. This is also an example of a stipulation that could be handled using a risk-based approach.

The requirement that businesses submit new features and product changes to regulators for review and approval would also be stifling. Even assuming that the BitLicense scope is limited to true financial intermediaries (vs. software companies), this needs to be significantly changed to allow companies to be dynamic and reactive to the market, perhaps instead requiring firms to provide notice of material changes to their businesses or products.

Other areas of concern include the scope of oversight, examination authority, and ongoing reporting and recordkeeping requirements, including books and records, for all known company affiliates, marketing operations, and so on. These could be amended to provide a more reasonable level of reporting across business operations.

3) AML Requirements are over-reaching and go beyond Federal law and requirements.

We don’t dispute the need for financial intermediaries to meet their Federal AML requirements as money transmitters, and that is exactly how Circle operates today. But as written, the BitLicense establishes a new state-specific AML regime that is both broader than Federal requirements (at least those established by US Treasury FinCEN) and duplicative, requiring firms to maintain separate, parallel paths for reporting large CTRs and SARs. Is New York building a financial crimes enforcement function that is competing with the Treasury Dept’s own function? If not, the BitLicense should be amended to reflect what existing FinCEN guidance reflects, including implementation of the Travel Rule for large transactions between financial intermediaries.

However, as a digital bearer instrument, it’s vital that the integrity of the Bitcoin protocol and ledger be unencumbered by specific AML requirements. Likewise, it’s vital that software creators (not FI’s) be free to innovate in ways that preserve the freedom afforded by using digital currency software on a personal basis.

The requirement that BitLicense firms maintain full identity information on senders and recipients for any size transaction is also over-reaching, going beyond existing Federal statutes imposed on banks and money transmitters. Again, this should be normalized with Federal law.

We’re at a pivotal moment in the development of the global digital currency industry. Rules and policies around digital currency will continue to emerge. The BitLicense is the first new rule-set written to address this industry. Today, as a template for other state, federal or international rule-making, it would be devastating for the industry.

Clarifying the scope of business activity covered by the BitLicense to exclude software creators and mining operators, taking a risk-based or tiered approach to FI’s that are licensed, reducing the burden of business approval and reporting, and normalizing the AML requirements with Federal expectations would go a long way to improving the BitLicense and making it something that could, in fact, support this nascent, dynamic, and innovative global industry. 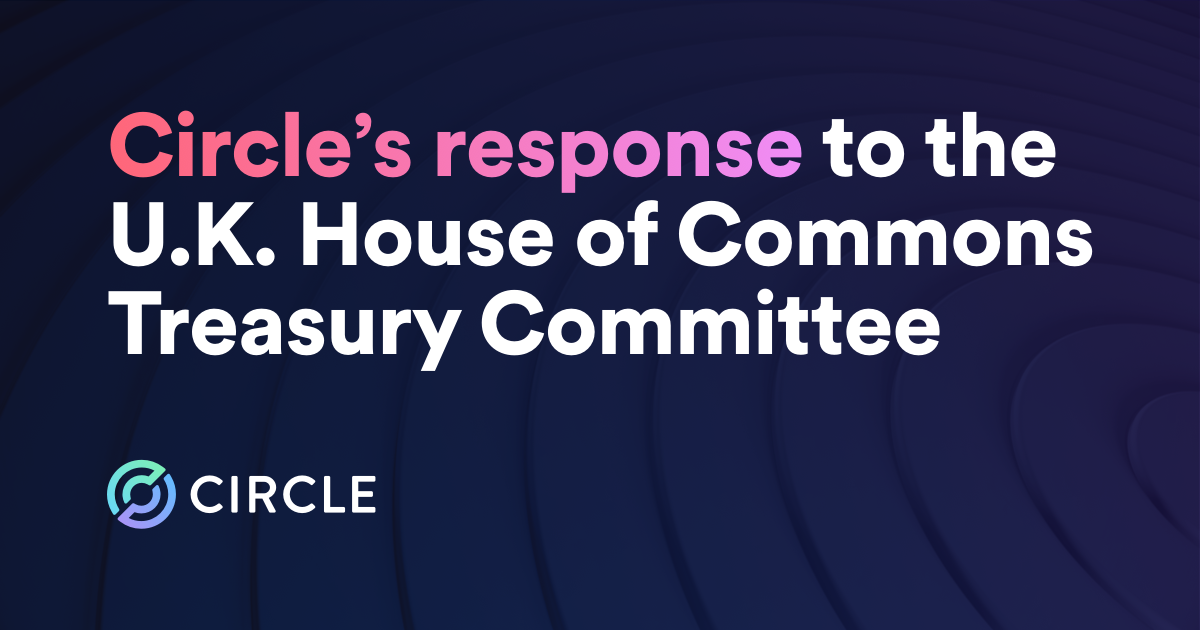 Circle submitted its response to the U.K. House of Commons Treasury Committee’s inquiry into the cryptoasset industry. Read on to learn more.

Read story about Circle Submits Response to U.K. House of Commons Treasury Committee Call for Evidence Into the Crypto-Asset Industry 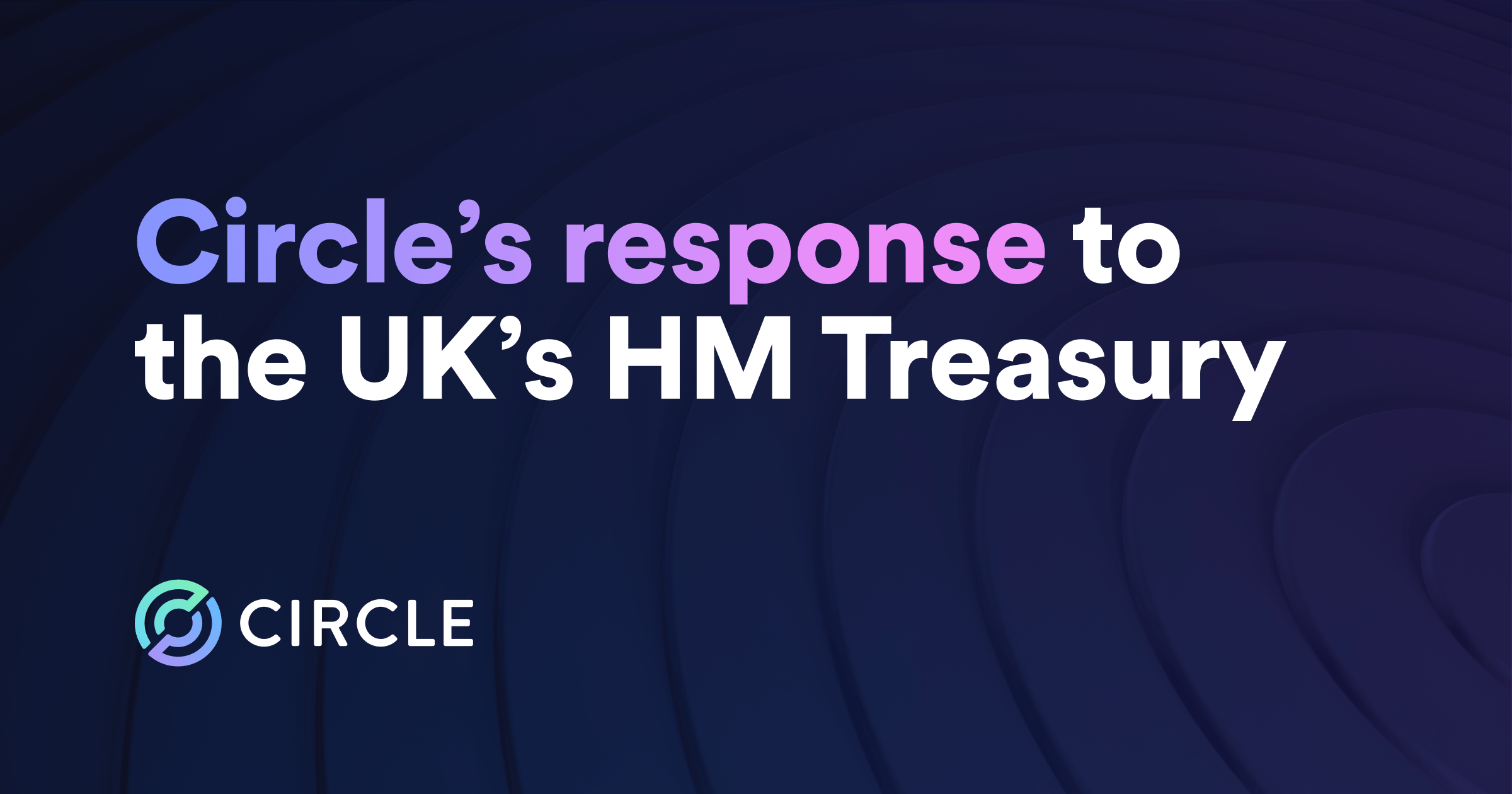 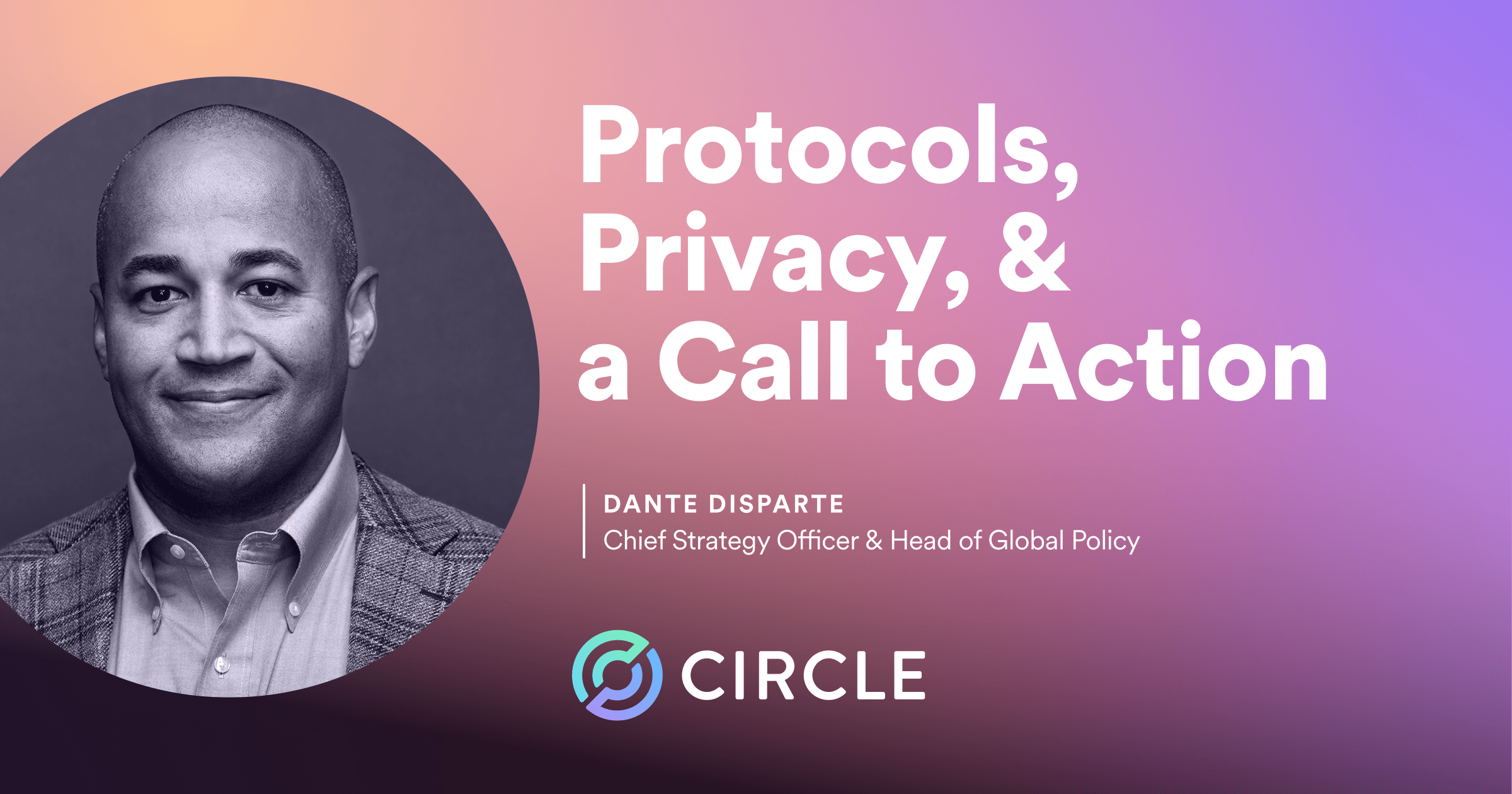 OFAC’s Designation of Tornado Cash - Protocols, Privacy and a Call to Actio...

Circle will engage in long range policy, advocacy, education and engagement efforts in support of privacy in blockchain finance. Read our blog for details.

Read story about OFAC’s Designation of Tornado Cash - Protocols, Privacy and a Call to Action