Blockchains and the History of the Internet

Blockchains and the History of the Internet

Preparing you for the next internet era

Demystifying the tech behind digital currency

Earlier in this series, we laid out the vision for how society and commerce can change as digital currency gains mass adoption. We also looked at how USDC can bring the benefits of digital currency — internet-based payments that are nearly free and instant, on-chain financing for real-world assets, and more — to people and businesses by eliminating the volatility.

Here in Part 3, we turn our attention to the underlying infrastructure of this next internet layer. It’s not essential that you master the technical details in order to transact across blockchains, just as card users don’t need to memorize the byzantine inner workings of clearing and interchange. But an overview of where they fit in the internet’s ongoing evolution can provide useful context to help you gauge the magnitude of potential change for both commerce and society.

Blockchains can seem intimidating at first and hard to understand.  But the concept behind them is actually very simple. A blockchain is just a digital ledger that multiple computers maintain simultaneously to keep a shared transaction history over time. This eliminates the need for a third-party intermediary — typically a bank or clearinghouse — to confirm transactions.

As these digital ledgers increase in number and grow more powerful technologically, they are essentially turning into a connected network and forming a brand new financial layer of the internet.

Here’s one way to think about it. The original internet, or “Web 1”, grew out of the 1990s as a highly decentralized, peer-to-peer, read-only network. “Web 2” arose out of the dot-com era by enabling read/write interactions, leading to things like social media and user-generated content along with primitive eCommerce capabilities. “Web3” — which blockchains make possible — is a new underlying architecture that directly embeds money into the internet, so it can travel like other forms of data that moved online during earlier internet eras.

Crucially, Web3 also enables real-world assets to be represented on the internet via unique — or non-fungible — digital identifiers. This combination — non-fungible “tokens” that represent real-world assets, paired alongside stablecoins like USDC — could open up a world where almost anyone, anywhere, can use dollars to buy, sell, finance and trade almost anything at any time.

The breakthrough: Financial value on the internet

Web3 is a continuation of this decades-long trend of the internet subsuming more and more of our daily lives. Today, we take for granted that news sites, music and video files, daily communications and countless other forms of data can travel the world almost instantly via the internet.

One reason that money and finance have resisted this trend until now is that the original commercial web browsers lacked payments functionality. At the time, the internet did not have a way to confirm transactions without a trusted, third-party intermediary. This shielded incumbent, decades-old payments and settlement systems from competition and eliminated their motivation to undertake a significant overhaul.

As a result, since the dawn of the commercial internet, money has been forced to travel on a separate, parallel path where transactions are often measured in days and hundreds of basis points.

Most bank and fintech payment advances of the past 20 years have simply offered new user interfaces that plugged into the legacy financial system. Blockchains, by contrast, tackle this blind spot head-on by directly embedding funds into the fabric of the internet — bypassing these legacy rails — so that value can move with the same cost and speed advantages as other internet-native forms of data.

“Blockchain” is not a one-size-fits-all category. Their individual designs can be extremely diverse and their capabilities are evolving rapidly, to the benefit of both network developers and users.

Early blockchains designs, including Bitcoin, were based on mining — or “Proof of Work” (PoW) — to confirm transactions. PoW mining requires miners to solve extremely difficult computational problems, making these networks too slow to process institutional-scale transaction volumes while creating a significant carbon footprint due to their massive energy consumption.

Ethereum, the world’s second largest blockchain by value, was launched in 2015 as an improved version of Bitcoin that introduced the idea of programmable “smart contracts” that automatically execute transactions based on pre-set parameters. Like Bitcoin, Ethereum transactions were initially confirmed by PoW mining. But in September 2022, with the goals of reducing its carbon emissions and improving network throughput, Ethereum successfully eliminated its reliance on mining in favor of “Proof of Stake” (PoS) transaction validation that has shrunk its carbon footprint by more than 99% while paving the way for higher transaction volume and lower fees.5

Inspired by Bitcoin and Ethereum, more blockchains have emerged in the past few years that are designed from the ground up for smart contract programmability, carbon neutrality, settlement speeds measured in seconds, miniscule transaction costs and enterprise-grade throughput.

Algorand, Avalanche, Flow, Hedera, Solana, Stellar, TRON and other “third-generation” blockchains went live between 2014 and 2021 and are already widely used for sending and verifying many types of transactions, from digital asset trades to flows of payments and ownership of tokens tied to digital and physical goods.

Blockchain infrastructure is likely to grow stronger and more resilient in the coming years, just as the original internet evolved from dial-up and Netscape to broadband, mobile 5G and the industrial scale Internet of Things (IoT). In 1993, modem access limited internet users to 56kbps.6 Today, speeds can approach 2,000 Mbps.7

Average internet connection speed in the United States from 2007 to 2017 (in Mbps), by quarter8 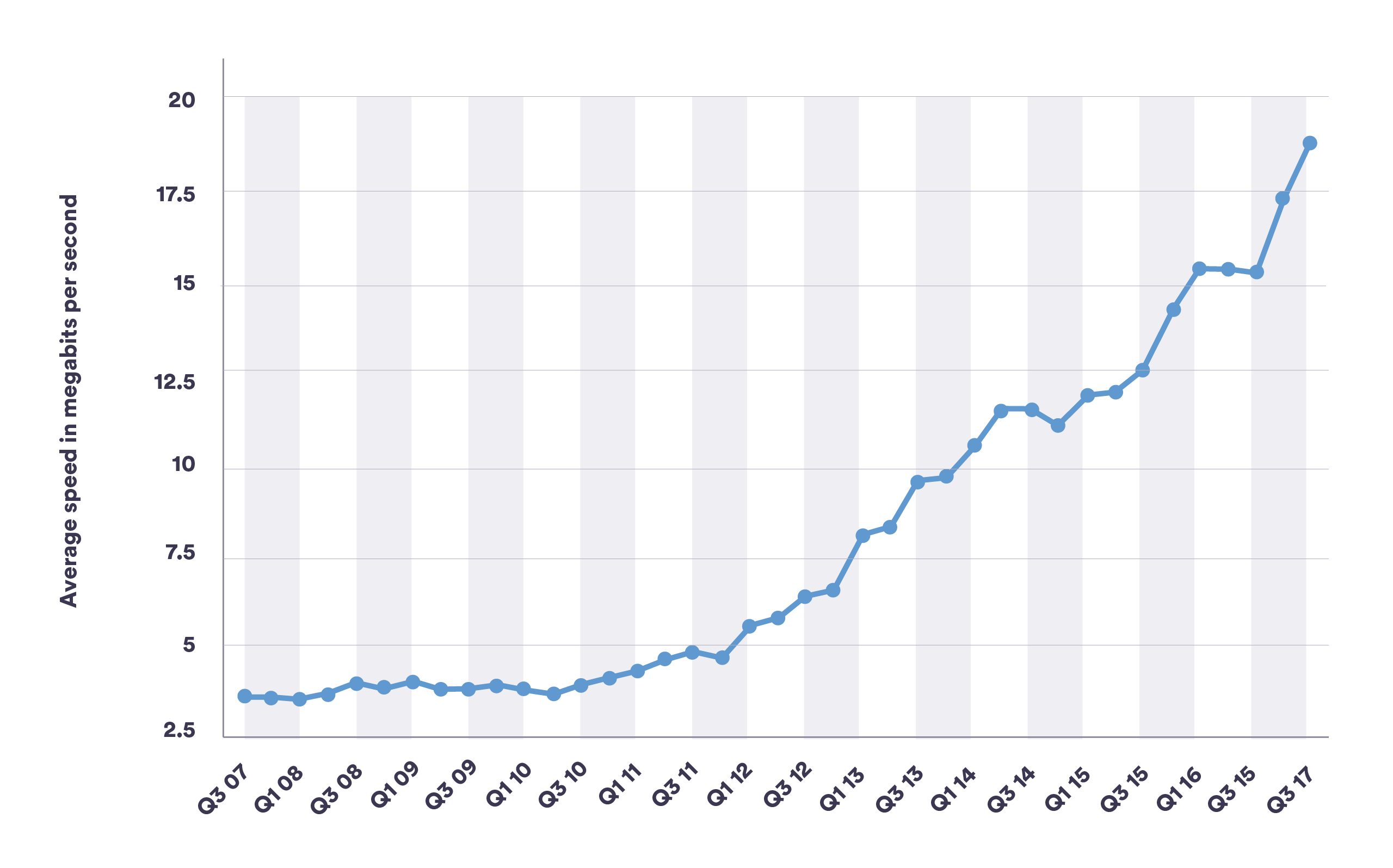 While it’s too early to forecast the exact path of blockchain development, Part 4 of our series explores what businesses can do with this infrastructure right now and how to think about a future where billions of people could begin using digital currency every day.

Digital Currency in Payments and Commerce 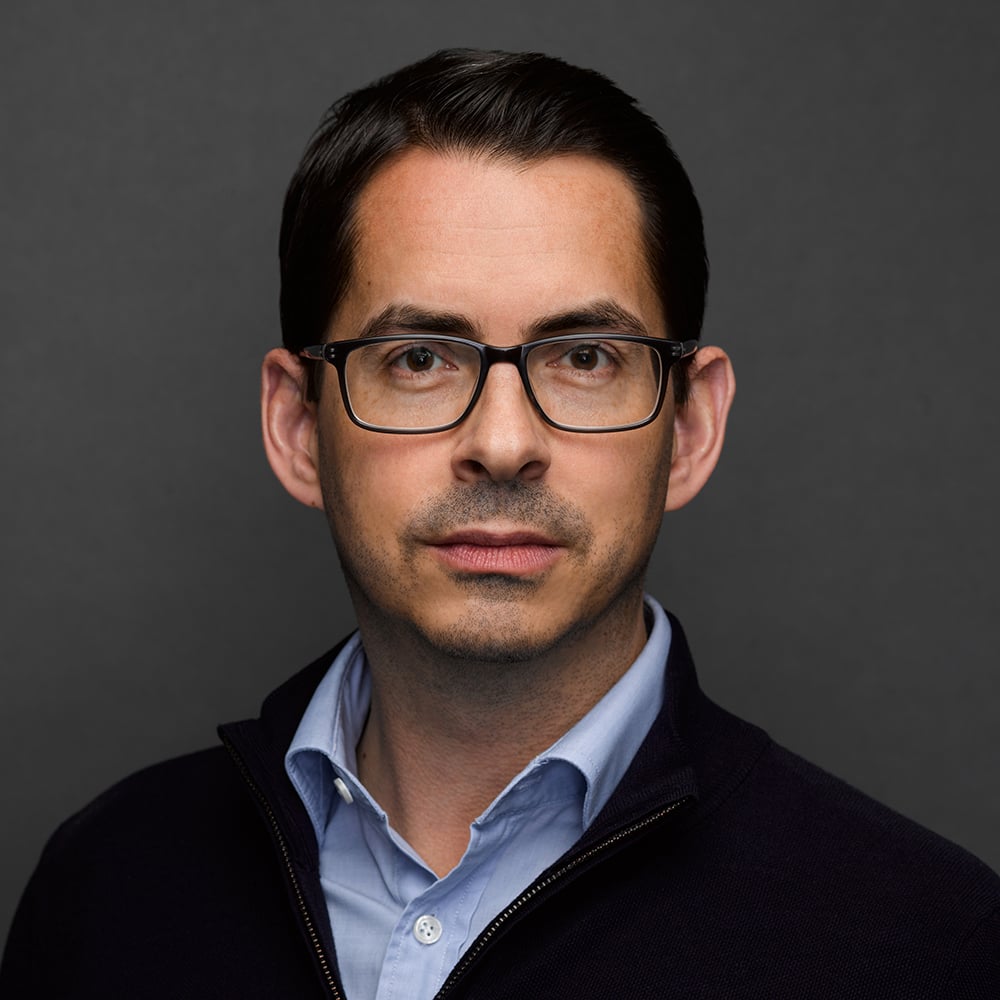