ICYMI: An epic demonstration of the real-world power and reach of USDC

ICYMI: An epic demonstration of the real-world power and reach of USDC

Catch Episode 8 here or take a listen to the podcast on Spotify or Apple Podcasts.

This week on the Money Movement we put together an epic demonstration of the real-world power and reach of USDC and open, interoperable payments on public blockchains.  In just under an hour, we followed USDC on a journey from a US-based business paying a contractor 300 USDC in London, who received funds into a mobile wallet (Argent), parked some into a an interest-yielding savings contract (Compound), then paid back a friend in Korea P2P with a 220 USDC payment to a wallet service in Korea, which was partially converted in real-time at no cost into Korean Won via ProBit, and cashed out into a Korean bank, while the remaining 120 was sent along to an independent software developer in Argentina using Ripio Wallet, where they converted 50 USDC into Peso at no cost, and transferred the Peso into a MercadoLibre wallet (the Amazon of Latin American), saved a bit, and then bought a custom built chair through an e-commerce marketplace out of Indonesia (built on Circle's new Payments and Wallets APIs), paying with ~60 USDC, which in turn was cashed out by the chair maker from India into a CoinDCX wallet account in India, and converted at in real-time into Indian Rupee and transferred into a local Indian bank account instantly.
Each transaction happened in real-time, live on the internet, with services that speak a common protocol (USDC) for digital dollar settlement.
The episode demonstrates the breakthrough in payments, value exchange, internet commerce, financial inclusion, and more, that is made possible by stablecoins built on open blockchain infrastructure, and gives the audience a window into the radical changes that are happening in the movement of money.
We are on the cusp of a financial system that mirrors what we have come to know and love about the internet of data and content -- instant, global, open, interoperable, frictionless movement of value.
Next week, we are honored to be hosting Lawrence H. Summers, former US Secretary of Treasury, for a special edition and 1:1 conversation, live on Thursday June 25th at 1pm.

Mr. Allaire and Mr. Summers will discuss the current global economic landscape, recent shifts in monetary policy and central banking based on the global economic crisis, including a discussion on the structural and systemic political and economic risks that exist in the current dollar-driven Western fiat banking system.

The two will also discuss the rise of digital currency, including global stablecoins, and the potential they offer for changes in not just how payments and value exchange takes place, but ultimately on the prospects for a new post-Bretton Woods international monetary system anchored in synthetic digital currencies, including how such as global digital currency system might begin to reconcile the growing polarisation between Western economies and China. 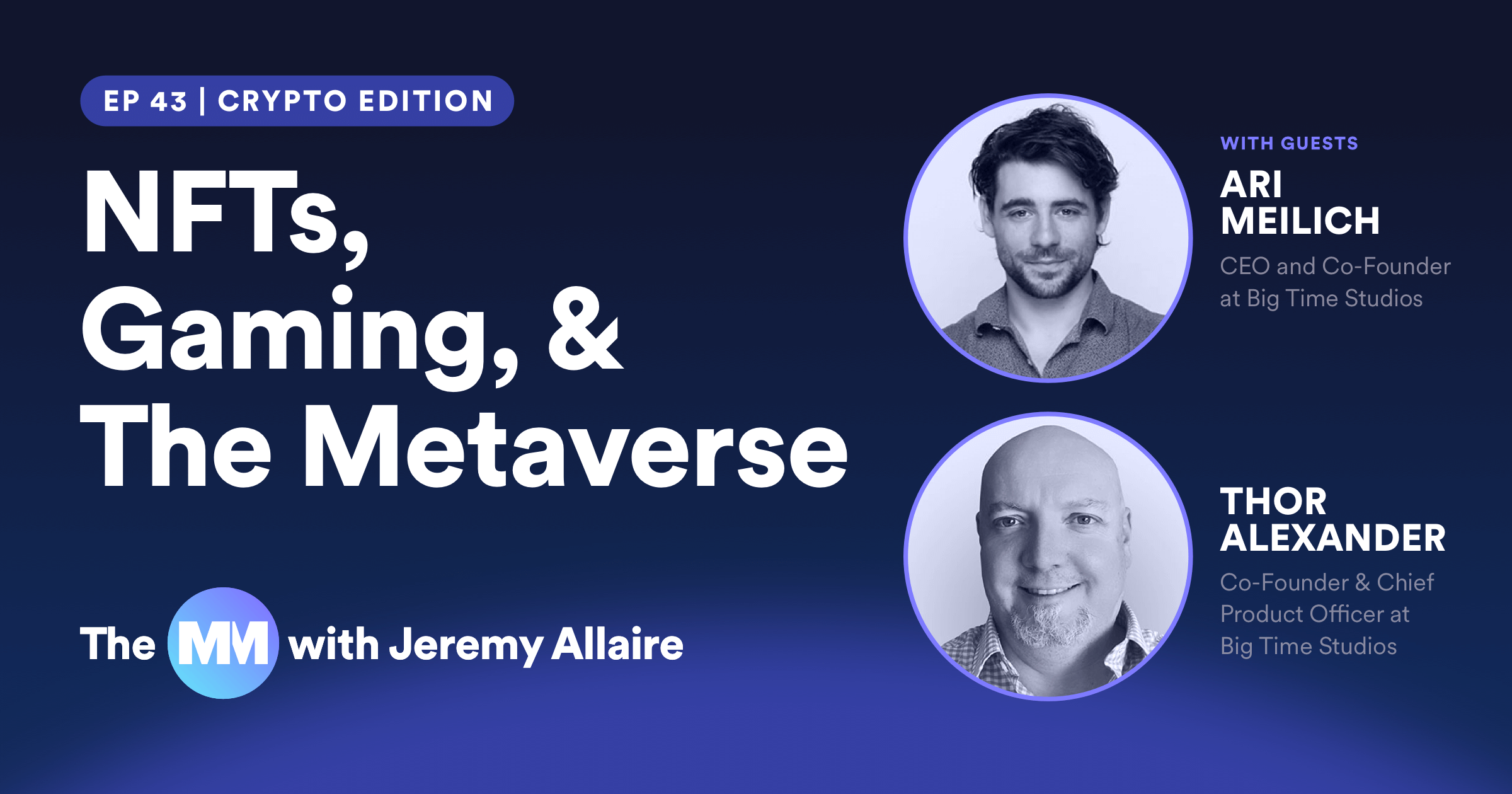 In this episode, Jeremy talks with the co-founders of Big Time, a AAA blockchain game, on the future of NFTs in games and the metaverse. Watch now. 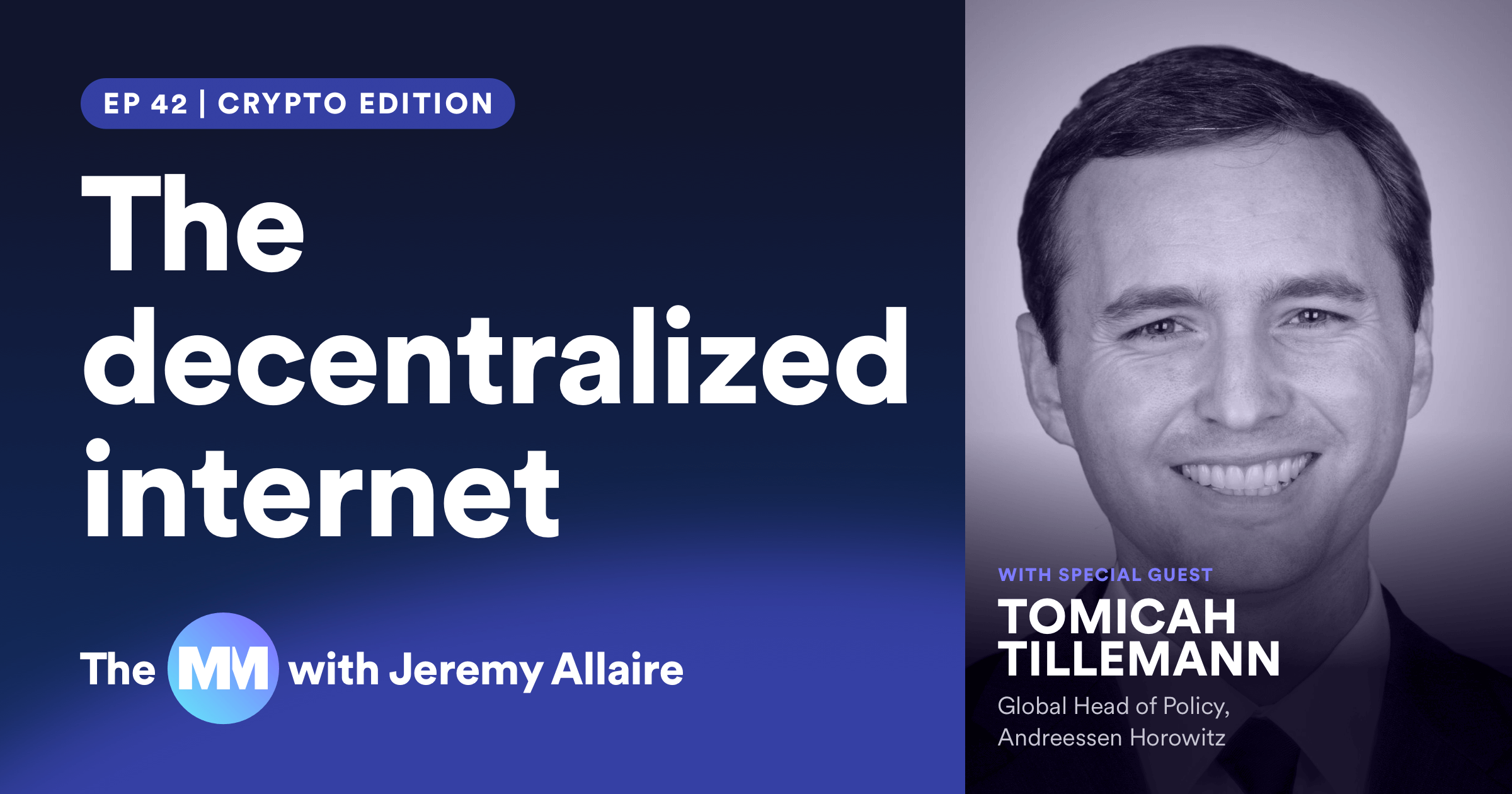 Join Jeremy and Dr. Tomicah Tillemann for a critical discussion on the state of the internet today and the ongoing evolution to Web3 and decentralization.

Read story about The Money Movement Episode 42: The Decentralized Internet