Blockchain-based applications are poised to change the way people all over the world interact with money and value. But before we see adoption by millions of users, blockchain infrastructure will need to evolve beyond current capabilities to process far more transactions per second at low cost, without sacrificing security gained through sufficient decentralization. The delicate balance between these competing priorities has become known as the blockchain trilemma. Different approaches to balancing these goals and delivering a blockchain experience ready for global adoption were discussed by an all-star panel in the Scaling for 1B Users and Solving the Blockchain Trilemma main stage session at Converge22.

While the Ethereum “merge” has become a focal point for the discussion of blockchain scaling, other players like Algorand, Avalanche, NEAR and Solana are taking their own unique approaches to adding transaction capacity while maintaining decentralization.

NEAR co-founder Illia Polosukhin pointed out that at consumer scale, users are not very picky about which blockchain network they’re using, they just want to use apps with good experiences. In that respect, the current trend of using layer 2 solutions that require different tokens to pay transaction fees and break up liquidity likely isn't sustainable for a global audience.

Solana co-founder Anatoly Yakovenko made the case that layer 2 solutions, chains running in parallel and other fractionalized approaches to increasing capacity may be irrelevant if a single-state chain like Solana is building can scale to meet existing demand. He noted that globally, Google handles up to 100,000 transactions per second, a throughput Solana is aiming to achieve and that in theory should be sufficient to accommodate millions of new blockchain users without the UX challenges of leaning on layer 2 infrastructure.

Another alternative was raised by Patrick O'Grady of Ava Labs, based on the unique architecture of the Avalanche blockchain network. O’Grady explained that Avalanche serves as a high performance networking and consensus engine, but then allows developers to decide how to execute applications and configure their node requirements and how much decentralization they need for a given use case. By allowing different applications to run on their own set of validators, Avalanche can focus on providing fast and inexpensive consensus across the larger network without needing to propagate all transactions and data immediately across the entire ecosystem.

Attracting Developers to Build for Scale

Panelists also discussed how they think about attracting developers to address the blockchain trilemma and develop on their respective blockchains, which all agreed was a critical aspect of onboarding millions more users to decentralized infrastructure in the coming years. Paul Riegle of Algorand marked out a mixture of elements including the existing presence of other developers, market liquidity (for financial applications), brand association and ecosystem support as key drivers of developers choosing one platform over another, indicating that the Algorand team see the entire ecosystem as a form of developer incubator that ideally expands exponentially over time.

NEAR’s Polosukhin noted that building Web3 infrastructure can be like building a public company from day one, requiring attention to global marketing, investment decisions, stakeholder demands, user security and more all while actually developing the product, which can make it difficult to give developers specific attention they deserve. To make things easier, NEAR has taken the approach of allowing developers to code in several different languages that are compatible with NEAR infrastructure or can be compiled to work within it.

Yakovenko discussed how Solana’s developer strategy was to focus on providing the fastest and cheapest transactions possible among the layer 1 options. In his view this creates the only truly viable platform for developers that want applications that can function at global scale today. This also generates a unique battle-tested developer community with more practical experience solving for issues specific to a particular blockchain and Web3 in general, potentially leading to a more vibrant developer ecosystem in the long run.

While Ethereum may have a first-mover advantage in some aspects, the digital assets industry is still in transition from a speculative value phase to a foundation of providing real world value to everyday users. We’re still in early days, and any number of factors on the technology, regulatory or consumer preference fronts could rapidly change the outlook faced by blockchain networks and developers at every level. As O'Grady pointed out:

“Believe it or not there are [many] ways to scale blockchains, as everyone [onstage] will tell you. The reason why we’re still here and why people are still working on this is because we’re still so new and so early in the space, it seems foolish to give up and stop searching for alternative methods and ways to grow.”

Want to see more from Converge22. Check out interviews and other sessions on our YouTube Channel. 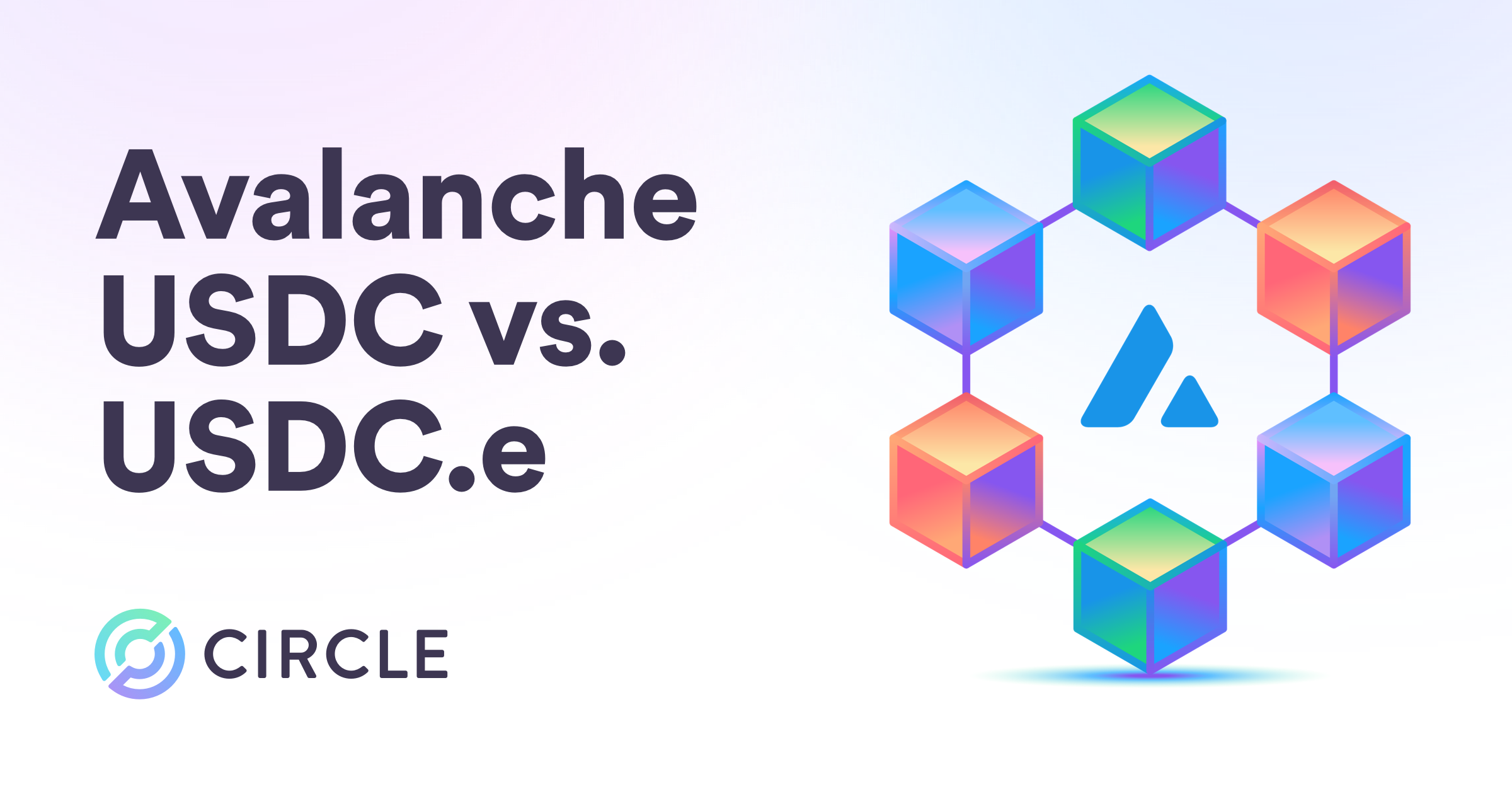 Are you confused about the difference between USDC and USDC.e? Don't worry, we have you covered. Learn more about USDC tokens on the Circle blog.