This is the eighth blog in an ongoing Circle Trust & Transparency series.

Circle is a regulated company that created, and now manages and issues one of the largest dollar digital currencies in the world. As such, we conform with sanctions and compliance requirements, and have done so for years, because building a faster, safer, and more efficient way to move value globally requires trust, and because it’s the law. That trust has helped USD Coin (USDC) grow tremendously in the last few years and has established USDC across the digital asset economy globally.

Being a regulated issuer of fiat-backed stablecoins has given the market critical building blocks – assurances around the backing of assets as we are bound to reserve requirements, user protection laws, and other disclosure and supervision mandates. The market values this, and it has been core to the promise of USDC. Additionally, being a regulated issuer means we are able to offer seamless integration and connectivity with the existing financial system – providing the ability for users to request issuance or redemption of USDC through Circle easily and directly with bank accounts from around the world. This real world liquidity and interoperability with the legacy financial system is also a critical building block that users of open blockchains value. This is all a part of building trust in USDC as a market infrastructure.

Trust is part of what sets us apart and we have worked hard to earn it from the ecosystem and balance it with active policy and regulatory engagement in Washington and around the world. With trust comes great responsibility and we intend to do the right thing.

On Monday, August 8 the systems we have in place to comply with applicable law and government regulations worked. Centre, the consortium behind USDC, followed the U.S. Treasury sanctions against Tornado Cash and blocked the related addresses.

Circle also complied with these sanctions and blocked the addresses on our platform, cutting off USDC access from Circle Accounts to and from the Tornado Cash sanctioned addresses.  We expect that nearly every responsible digital asset service provider in the world has also followed suit and blocked access to Tornado Cash addresses.

This was a major turning point for the whole industry. The U.S. government entered uncharted territory by sanctioning - and effectively imposing a ban on the use of - an open source software protocol address that commingled assets from likely licit and illicit actors. In our past engagements with law enforcement, there has long been a view that omnibus protocol addresses would be nearly impossible to sanction given the inherent consumer protection issues. And, until now, OFAC SDN list addresses have been individual wallet addresses or centralized services as opposed to open source protocols. The entire crypto industry and users of digital assets need to understand the basis for this apparent pivot.

We know that complying with the law and helping to stop money laundering is both right and our obligation as a regulated financial institution. We also know that doing what is right compromised our belief in the value of open software on the Internet and our belief that the presumption and preservation of privacy should be enshrined as a design principle in the issuance and circulation of dollar digital currencies.

Tracking and tracing illicit activity via blockchain is an advancement in financial technology that should be used for good. Maintaining compliance with sanctions laws through block lists is a reality of issuing a digital asset within the regulatory perimeter of the U.S. and other countries. However, being made to use that feature to shut down all USDC access across an entire open source protocol appears flawed.

While we complied with the Tornado Cash sanctions designation, we will also challenge the flaw as a tenant of our responsibility, the trust we have built with the ecosystem and among policymakers and regulators, and our commitment to doing what is right.

Following the actions of the U.S. government yesterday, sanctioning protocols is now a major policy issue. It should draw significant attention, debate and discussion – and evolved policy – if we can ever hope to reap the full benefits of permissionless innovation on public blockchains, while still upholding the principles of financial integrity that are designed to thwart bad actors.

Since launching USDC on Ethereum almost four years ago, we have collaborated with the ecosystem and witnessed invaluable innovation. We have also collaborated with policymakers and regulators in Washington and around the world and have emerged as one of the most regarded companies in the industry.

We have a great responsibility and will continue to work with policymakers – especially when we find flaws with the application of existing rules – to create laws that support responsible innovation.

In the coming days, we intend to announce additional steps to garner broader industry support for developing policies that can advance the preservation of openness and privacy on blockchains and modernize the approach to mapping financial integrity to the technical realities of privacy preserving public internet protocols. 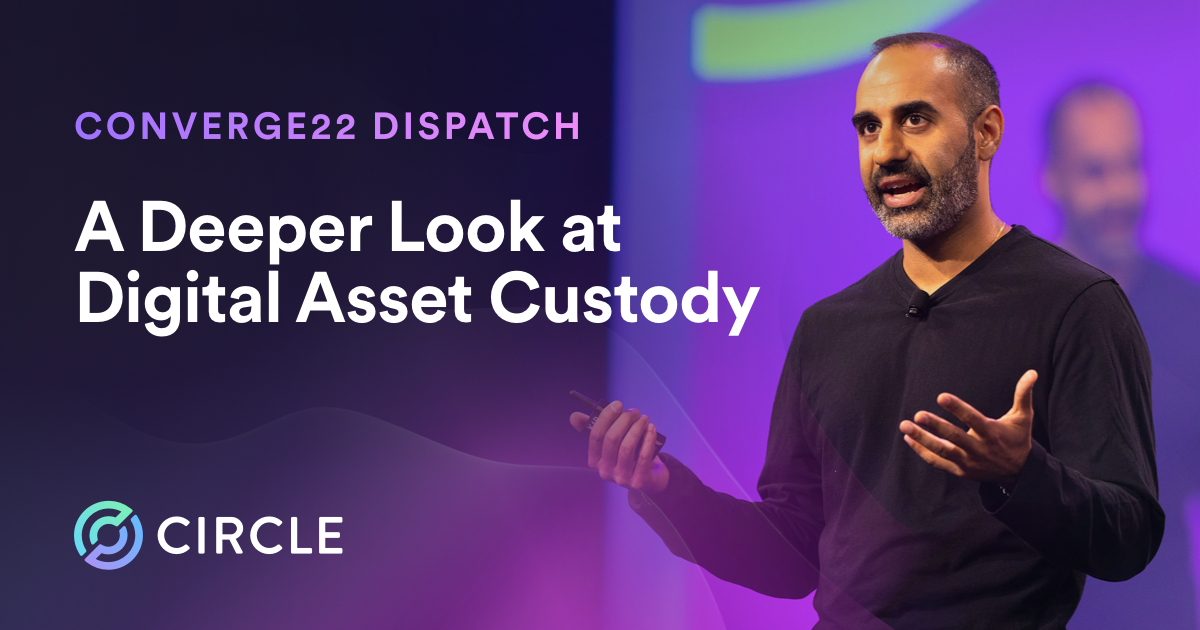 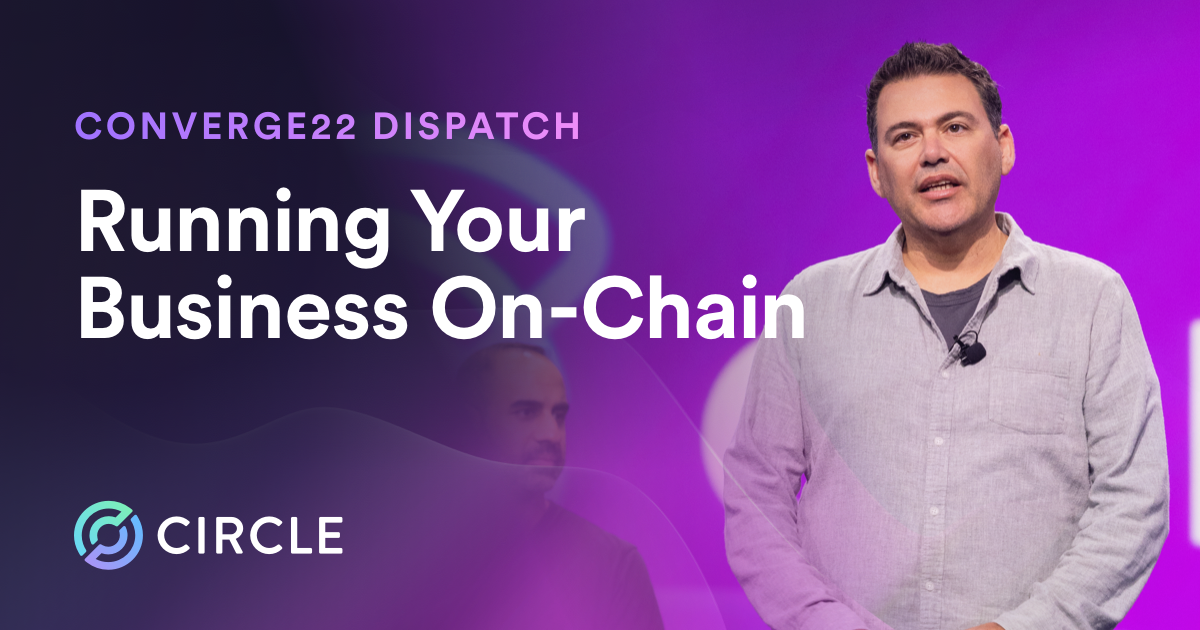 At Converge22, Circle announced new support for Web3 developers, plus Web3 tooling that makes it easy to build the future of blockchain commerce with USDC